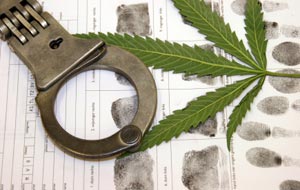 Federal and state laws regulate controlled substances, including the manufacture, possession, distribution, and trafficking of these substances. Federal drug laws apply to all U.S. citizens regardless of their state of residency and are prosecuted by either the Department of Justice or the U.S. Attorney’s Office in federal district court. Illinois state drug laws apply to all drug-related crimes that occur in Illinois, regardless of state residency or nationality. Illinois cases are prosecuted by the State’s Attorney’s Office for the county that the crime was committed in. These cases are tried before Circuit Court judges.

With Chicago drug crime lawyer David L. Freidberg on your side, you can be assured he will do everything in his power to aggressively fight against the charges to get them reduced or dismissed. He understands your future is at stake and what consequences a conviction for a Drug Crime can have on your future. David L. Freidberg has successfully argued a variety of criminal drug charges, including:

If you have been charged under federal or Illinois law with a drug-related offense, you need to contact a seasoned Chicago criminal defense attorney immediately. Attorney David L. Freidberg has served the Chicago metropolitan community for over 20 years, representing clients on a wide variety of criminal matters including drug possession and distribution. David L. Freidberg is licensed to defend clients in both Illinois Circuit Court and has attorneys that can fight your case in federal district court. After an initial review of your case, David L. Freidberg can counsel you on your rights as a defendant, explain the nature of the charges that have been levied against you, assist you with exploring your options such as proceeding to trial or negotiating a favorable plea bargain, and help you fight for your rights in court. The Law Offices of David L. Freidberg, with offices located in Chicago, Skokie, and DuPage, is available 24/7 to assist you with your drug case. For a free case evaluation, contact The Law Offices of David L. Freidberg today at (312) 560-7100 or (800) 803-1442 toll free.

While it is illegal to possess a controlled substance defined in the Illinois Compiled Statutes or federal Controlled Substances Act, it is also illegal to possess a legal substance that mimics an illegal drug. For instance, if you purchase parsley from a drug dealer who tells you that it is marijuana, you can be criminally liable for possession of marijuana in Illinois because you intended to purchase marijuana and believed you had marijuana in your possession. If you or someone you love has been charged with possession, contact experienced Chicago drug crime lawyer David L. Freidberg immediately.

The maximum penalty for possession depends upon (1) the specific controlled substance involved and (2) the amount found in your possession. Possession of anabolic steroids is a Class C misdemeanor whereas possession of heroin is a Class 1 felony. Possession incurs a maximum sentence of anywhere from a few months to 50 years in prison.

According to the Illinois Drug Paraphernalia Control Act, it is illegal to possess drug paraphernalia (see 720 ILCS 600/). Drug paraphernalia includes pipes and water bongs, as well as common household items that may be used in association with drug use or distribution, such as scales, Ziploc baggies, and syringes.

Possession of drug paraphernalia is a Class A misdemeanor, facing up to 1 year in jail, though this penalty may be heightened if the prosecutor proves you intended to sell this paraphernalia.

Possession with Intent to Deliver

Possession with intent to deliver can be a misdemeanor or felony and can incur a maximum penalty ranging from 180 days in jail to 60 years in prison. Again, your exact sentence will depend upon the type of controlled substance involved and the exact amount.

Manufacturing charges can be brought if you (1) have a drug lab in your home, (2) have a collection of chemicals commonly used to make a controlled substance such as methamphetamine or (3) are cultivating plants such as marijuana plants that are commonly used to produce controlled substances. Because many chemicals used to make illegal drugs are common household cleaners, the prosecutor will need to prove that you either (1) knew that someone else intended to use the chemicals to manufacture illegal drugs and provided the chemicals to that person or (2) intended to use those chemicals on your own to manufacture illegal drugs. Thus, a manufacturing charge requires both possession and intent.

Manufacturing is a Class X felony and, depending upon the substance manufactured and amount found, you face anywhere from 6 years to 60 years in prison.

Drug distribution and drug trafficking are often used interchangeably. However, in Illinois, Drug distribution refers to the sale, delivery, or exchange of controlled substances (see 720 ILCS 570/401 ). An individual is guilty of distribution if he or she transfers or intends to transfer an illegal drug to someone.

Drug trafficking, on the other hand, refers to the importation of controlled substances into the state of Illinois, whether on foot, by car, by plane, by shipment, or by any other methods (see 720 ILCS 570/401.1).

Distribution and trafficking are vigorously prosecuted and harshly punished. Distribution is a Class X felony that incurs a maximum penalty ranging from 6 to 60 years in prison. Trafficking incurs a minimum penalty of at least two times the penalty assigned for that particular drug and amount.

Though all drug crimes carry extremely harsh potential penalties that can amount to decades of your life spent in prison, David L. Freidberg has experience with negotiating for lesser charges and arguing for probation in lieu of prison time. With over 20 years of experience in Chicago area courts, drug crime lawyer David L. Freidberg works tirelessly for his clients to help them achieve their desired goals and pursue their best interests. If you want one of the most dedicated and aggressive criminal defense attorneys in Chicago, call The Law Offices of David L. Freidberg at (312) 560-7100 or (800) 803-1442 toll free to schedule a free case review. We are available 24/7 for your convenience.