Home
Practice Areas
Weapons Charges
Unlawful Use of a Weapon

Unlawful Use of a Weapon 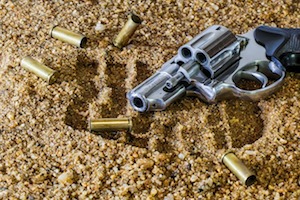 Many out of state tourists visit Chicago annually while exercising their Second Amendment right to possess a firearm for self-defense. While these visitors are in complete compliance with the law in their home state, they are arrested because they are unfamiliar with the tough firearm laws imbedded in Illinois law. When you travel to Illinois, you may be charged for a firearms offense even if your conduct would not constitute a criminal offense under the laws of your state. Further, Illinois unlawful use of a weapon (UUW) charges may constitute an automatic felony under the laws of the state of Illinois, especially if you are charged in Chicago.

Chicago firearm offense defense attorney David L. Freidberg has been a zealous advocate for his clients for over 20 years. He is committed to the principle that the rights of citizens, including Due Process and the Right to Bear Arms, provide a fundamental protection from government tyranny and against the oppressive power of the state. Illinois law enforcement agencies and prosecutors aggressively pursue all firearms offenses so our Chicago unlawful use of a weapon attorneys work diligently to protect our client’s liberty, reputation and future. Mr. Freidberg carefully analyzes the evidence and procedures used by law enforcement to identify weaknesses in the prosecution’s case or violations of the rights of the accused by law enforcement officers.

What Constitutes an Unlawful Use Firearm Offense Under Illinois Law?

If a prosecutor seeks to charge you with unlawful use of a weapon in Illinois, he or she will seek to establish that you were in actual possession of a firearm even if you were not involved in using the firearm in the commission of a crime. Essentially this offense imposes penalties for possession of a firearm under certain factual circumstances and by specific individuals. The scenarios that specifically provide the basis for an unlawful use charge include:

It is important to understand that in Illinois, it is unlawful to possess a gun unless you have a valid Firearm Owner’s Identification Card. Even with this form of authorization, if you are in a vehicle, the gun must be enclosed in a gun box or other container and unloaded if it is to be transported in an accessible portion of the passenger compartment like the glove compartment. If you are transporting a loaded handgun or other firearm under the seat or in your vehicle glove compartment, the prosecutor may charge you with UUW if the gun is discovered during a lawful search of the vehicle.

There are a variety of situations where an individual acting in good faith may find that he or she is subject to a criminal charge of unlawful use of a weapon in Chicago, such as:

When you are charged with this serious firearm offense in Cook County or elsewhere in Illinois, you may face very serious penalties. While some UUW charges are misdemeanors that can result in a maximum term of incarceration in county jail up to one year along with a fine up to $2,500, most violations of this firearms offense constitute felonies. Depending on the specific facts of your case, a charge of unlawful use of a firearm can be a Class 4 Felony subject to a maximum term in state prison of one to three years. More often than not, these charge constitute a Class 3 or Class 2 felony, in which case, you may face up to 7 years in the Illinois Department of Corrections. Most convictions for UUW in Illinois are non-probationable.

These are harsh penalties, but they tell only a small part of the story in terms of the impact of a conviction of a gun charge in Illinois. The potential impact of a conviction of a firearm charge in Illinois can be devastating to your personal relationships, career prospects, current employment, academic opportunities and even right to remain in the country if you are not a U.S. citizen. Further, you will have a criminal record for a weapons offense that may be used to disqualify your for rental housing, positions of employment, professional and/or other occupation licensing and financial aid or other forms of loans. Felony firearms convictions may even be used by a vindictive spouse to affect custody or visitation of your children during a divorce.

Zealous Defense of Those Facing Weapons Charges in Illinois

Fortunately, there are effective defenses that Mr. Freidberg may employ to protect you from these harsh consequences. These gun charges frequently arise out of traffic stops or encounters with law enforcement on the street. If the officer did not have sufficient legal basis for the stop or the search was illegal, Mr. Freidberg may seek to have the firearm excluded from the case, which will often result in dismissal of the charges. At our Illinois unlawful use of a weapon defense law firm, we carefully review law enforcement reports and police statements to uncover improper police procedure that may provide a basis for suppressing damaging statements or physical evidence to undermine the prosecutor’s case. While our objective is to obtain a complete dismissal of the case or a “not guilty” verdict at trial, we know that by building a strong case on the facts and seeking the exclusion of key evidence we can force the prosecutor to consider a favorable plea agreement that may involve diversion to keep our client’s criminal record unblemished and to preserve our client’s freedom.

If you are arrested when driving with a loaded accessible firearm in your vehicle or without a valid FOID card or under other circumstances constituting unlawful use of a weapon in Cook County, you should immediately assert your right to have an attorney present and decline to answer any questions. While it may make you anxious to refuse to answer a police officer’s questions because he has a gun and the power of arrest, there is nothing you are going to tell the officer that is going to make the situation better. On the other hand, many people provide information that they think will help which ends up being critical evidence for the prosecutor.

The Constitution provides powerful protections to those accused of crimes because of the imbalance of power between the police and prosecutor with the full weight of government power and resources against a single individual accused of a crime. By asserting your rights, you avoid surrendering these powerful legal protections. We recommend that those charged with Unlawful Use of a Weapon (UUW) in Cook County or the surrounding areas speak with one of our Chicago firearm charge defense attorneys. We offer a free confidential consultation so contact us at 312-560-7100 or email us to learn how we can help.