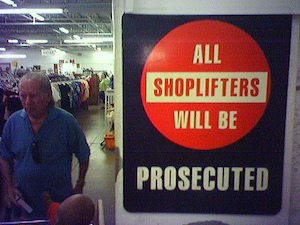 If you have been arrested and charged with retail theft, most commonly in the form of shoplifting, it is important to seek legal advice as soon as possible. It is not as simple as paying for the items that were stolen and forgetting about it. In the State of Illinois, a shoplifting or other retail theft charge can become a felony under many different circumstances, with very low relative value. Retail theft is the act of taking something from a retail establishment without tendering the proper payment for it. This can be as simple as hiding an item in a bag or as complex as modifying bar codes to produce a lower price when scanned at checkout. There is a presumption that a concealed item evidences an intent to take that article, which is one of several specialized provisions applicable to a charge of retail theft. Therefore, it is critical to enlist the assistance of an experienced criminal defense attorney in order to negate the element of knowledge as part of an overall defense.

David L. Freidberg is a Chicago attorney who has spent more than 20 years amassing legal expertise defending the rights of those accused of a crime. Mr. Freidberg brings those skills and experience to his role as a retail theft defense attorney. In defending against a charge of taking an item sold, stored, displayed, or held at a retail establishment without paying the set price, it is necessary to examine the arresting officer’s report, any surveillance evidence, records from the scanning devices at the exit of the business, and eyewitness testimony in order to expose the weaknesses in the prosecutor’s case. Mr. Freidberg will enlist his team of colleagues and professional investigators to build the best possible defense in accordance with the circumstances of the specific case.

Under Illinois law, the offense of retail theft is set forth under 720 ILCS 5/16-25 . There are many different actions that fall within the umbrella of retail theft. There also are several factors that will increase the severity of the charge if they apply to the defendant. The following actions may result in a charge of retail theft: 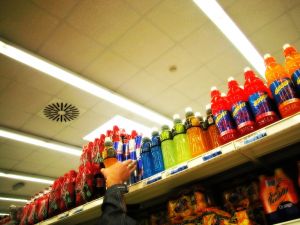 The laws surrounding retail theft are crafted to be favorable to the retail merchants. Therefore, there are a series of presumptions that come into play, and many penalties that are far more severe than a person might think. A skilled criminal defense attorney is imperative to set forth the best defense possible.

A criminal record will have an impact on every aspect of an offender’s life, creating complications in pursuit of educational prospects, employment, state or federal benefits and rights, and other important benefits and opportunities.

Retail theft laws are more punitive than the average person may think. There are a series of circumstances that will increase the severity of the sentence, including the use of an emergency exit discussed above. Some other considerations include:

There are severe penalties involved with the theft of a relatively low value item, so it is important to enlist the assistance of an experienced attorney as soon as possible.

There are additional civil penalties possible against someone suspected of retail theft. You very well could receive a notice in the mail from a collection agency demanding payment up to $1,000.00. You need to be aware that the payment of these penalties will in no way effect your criminal case. Whether you pay the civil penalty or not, the criminal case will proceed. If you choose not to pay the civil penalty, the collection agency could file a complaint in civil court for the recovery of the penalty and additionally request attorneys’ fees and court costs as well. This can add quite a bit of money to the amount you might owe.

Chicago attorney David L. Freidberg is a criminal defense attorney with more than 20 years of legal experience. Mr. Freidberg represents clients who have been arrested or charged with retail theft. Mr. Freidberg’s talented group of retail theft attorneys are aware of all the factors that are part of a retail theft case and know how to defend against the offensive put forth by the prosecutors. The legal team will review the facts and evidence of the case and develop an effective defense that will culminate in the best result possible, whether that is a dismissal of the charges, an acquittal, or a minimization of the severity of the sentence. By conducting an independent investigation, reviewing all of the facts, analyzing the witness and recorded evidence, and scrutinizing the arrest and charging procedures, the lawyers will work with you to arrive at the best achievable outcome. We offer a free consultation so that we can evaluate your situation and provide preliminary advice so call us at 312-560-7100 or email us to learn how we can help.