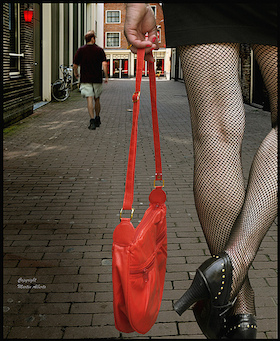 Prostitution and other sexual-based crimes still fire the imagination and provide fodder for television shows, but the frequency with which it is addressed in popular media does not make it any less frightening when the charges are being brought against you or a loved one. In the State of Illinois, prostitution and solicitation still are aggressively targeted with cooperation between law enforcement officers and the creation of special task forces. Charges related to prostitution and solicitation do carry serious legal consequences. Prostitution involves knowingly offering, agreeing to, or performing any act of sexual touching, fondling, or penetration with the goal of sexual arousal or satisfaction in exchange for something of value. Solicitation is the act of asking somebody who is not your spouse to perform a sexual act in exchange for something of value. Under Illinois law, the charge of solicitation is treated more harshly than the charge of prostitution. Any charge of a crime of a sexual nature carries with it a social stigma and long-term professional and personal negative consequences. It is critical to retain an experienced criminal defense attorney as soon as possible.

For more than seventeen years, Chicago attorney David L. Freidberg has fought to defend those accused of a sexually-based crime. After his many years in practice, Mr. Freidberg knows that things are not always as they appear. Charges of prostitution or solicitation often involve circumstantial evidence of an agreement for parties to engage in sexual activity in exchange for some form of payment. This is very difficult to prove. After years of experience, Mr. Freidberg knows how to attack the evidence being offered by the prosecution in order to destroy the case. Often, our attorneys can get the charges dismissed before trial or negotiate a plea that will minimize long-term impact from the incident. It is very important for our attorneys to become involved in the process as early as possible in order to discover evidence that can be used to exonerate our clients. Our attorneys will not judge you – we are here to learn your story and offer the best possible defense.

Prostitution or Solicitation – What are the Charges

There are many different crimes that are associated with solicitation and prostitution, but here are a few of the most commonly charged:

Defending against a Charge of Prostitution or Solicitation

In order to be charged with prostitution or solicitation, there must be actual evidence that the parties were going to engage in sexual activity in exchange for something of value. This is distinct from merely engaging in sexual activity. There are many ways to challenge the type of proof that prosecutors offer to support their case. In addition, there are many cases where over-aggressive law enforcement personnel trampled over a person’s constitutional rights in trying to catch that person engaging in solicitation or prostitution. Quite often law enforcement will set up a sting using under cover officers to coerce a solicitation. Careful investigation may reveal that the evidence to be presented in the case was collected illegally. If this is the case, that evidence can be suppressed. Investigating issues surrounding entrapment, discriminatory practices, and invasion of privacy may also provide valuable defense tactics, depending upon the specifics of the case.

David L. Freidberg Provides a Zealous Defense for Those Charged with a Crime of Solicitation or Prostitution

Chicago attorney David L. Freidberg has spent more than 20 years of his legal practice fighting for the rights of his clients. This dedication is particularly important when the charges involve acts of a sexual nature. These crimes have extremely long-ranging impact on personal relationships, professional opportunities, and social status. They involve a prurient look into the private life of a person and harsh judgment without all the facts. Mr. Freidberg is committed to providing a defense that carefully examines each aspect of the charges and the supporting evidence. Our attorneys know that some or all of this evidence could have been obtained in violation of our client’s rights. We will scrutinize each aspect of the investigation and construct a strong defense. Cases like these often involve suppression of evidence motions and hearings, which, if successful, may lead to a complete dismissal of the charges. Our attorneys will work with you to come up with the best legal strategy to ensure the most favorable outcome possible during a free and confidential consultation. Please contact us at (312) 560-7100 as soon as possible to schedule this so that we can begin working to defend your rights.