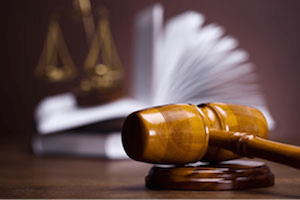 Under 725 ILCS 5/109-3, whenever a defendant has been charged with a Chicago Criminal Felony offense, Illinois law requires that the Court conduct a preliminary hearing. A preliminary hearing is exactly what it sounds like, preliminary. This type of hearing is not used to determine guilt or innocence. It is solely used to determine whether or not there was probable cause for the police to make an arrest in the first place. These hearings are extremely important in Cook County, Lake County and DuPage County as it is the first opportunity your attorney has to confront the officer in court and elicit testimony regarding the arrest. Quite often the testimony elicited from the officer can be used at a later date in a Motion to Suppress. It is critical that you are represented at your preliminary hearing by an experienced Chicago Criminal Defense Lawyer such as David L. Freidberg.

The preliminary hearing is initially conducted by the prosecutor who will present witnesses present during the arrest. This hearing is not an evidentiary hearing, thus no evidence will be presented to the Court. It is possible for the victim of the crime to testify, but generally all that is required is testimony by one of the arresting officers. After the State’s Attorney, or prosecutor, finishes his portion of the preliminary hearing, the attorney for the defendant will have an opportunity to cross-examine the prosecution’s witnesses. The judge will then make a determination as to whether the prosecution has met its burden. There is a different burden or standard of proof at a preliminary hearing in order to determine probable cause. At an actual criminal trial, a judge must determine that a defendant is guilty beyond a reasonable doubt. In a preliminary hearing, a judge needs only to determine whether there is probable cause by a preponderance of the State’s evidence or testimony. In layman’s terms, this means that a judge believes that there is a 50.01% chance that the defendant was involved in the commission of a crime.

There is an opportunity for the defendant himself to testify at the preliminary hearing but it rarely occurs. There are multiple reasons why an attorney would not call his client to testify but one of the main reasons is the same reason why these hearings are so important. At the preliminary hearing, because they occur in such a short time after the arrest, there is rarely time to adequately prepare a witness. This has more cons than pros for the State. If the State has little time to prepare their witnesses, and this usually occurs just minutes before the hearing starts, then it is more likely for their witness to make a mistake. The same issue arises for the defense. It is difficult to properly prepare the defendant for any questions that the prosecutor might ask and if the defendant makes a mistake or a misstatement, then that statement is on the record and can be used against him or her at a motion to suppress or trial, thus damaging the case often beyond repair. Strategy is one of the more important aspects of criminal defense and more often than note, it makes more sense to not call a defendant to testify at the preliminary hearing.

If the Court makes a determination of probable cause, the case will be continued for the defendant to be arraigned on the criminal information that will be filed by the prosecution. In Chicago, Cook County, preliminary hearings are conducted at one of the numerous branch courts in the city. Upon a finding of probable cause, the case is then transferred to the courthouse located at either 26th Street, Skokie or Bridgeview. The arraignment date is generally two weeks after the preliminary hearing. Regardless of where the preliminary hearing was held, the defendant will be assigned a different judge and courtroom by the presiding judge in his or her respective courthouse.

One of the main differences, other than the standard of proof, between a preliminary hearing in Chicago and a criminal trial, is that the rules regarding hearsay are different. At the preliminary hearing, the prosecution is allowed to bring in certain statements without witnesses present in ways that would not be permissible at trial. An officer can testify as to what a victim or defendant said which would never be allowable otherwise.

The Law Offices of David L. Freidberg has been zealously defending against criminal charges in Cook, DuPage and Lake Counties for over 20 years. We understand the importance of appearing on your behalf at a preliminary hearing. The outcome of testimony at these hearings can often make or break a case for the defendant. We rarely, if ever, waive our clients’ right to such a hearing as it could be detrimental at a later date. Oftentimes a victim or officer will testify differently at the preliminary hearing than they do at trial, and we expose those differences to obtain a favorable outcome in the case. Your freedom is at stake in a felony case and we understand that.

If you or a loved one have been charged with a felony offense in Chicago or any other county in Illinois, it is imperative that you discuss your case with a Chicago Criminal Defense Lawyer as soon as possible. David L. Freidberg has over 20 years of criminal defense experience, having handled thousands of preliminary hearings, and knows how to effectively and successfully defend clients at such proceedings.

We are available 24/7 for your convenience as we know most charges do not arise during normal business hours. Do not hesitate to contact us at (312) 560-7100 or (800) 803-1442. Someone is always available to answer any and all of your questions. We believe in our clients being educated in the process and understanding each and every facet of their case.