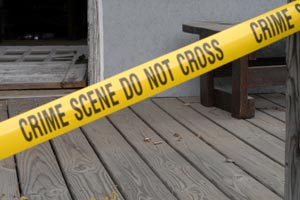 When you are charged with murder in Illinois, the outcome of the case will have a dramatic impact on the rest of your life. Homicide cases, including those with a murder charge, are the most serious types of criminal cases because of the magnitude of the harm and severity of the penalties. A person charged with murder in Cook County or anywhere throughout Illinois will face exposure to a mandatory minimum of twenty years imprisonment. There are aggravating factors that can easily add fifteen years or more to a murder sentence. If the prosecutor proves that you used a firearm during the commission of a murder, the mandatory minimum increases to 45 years. The accused may even face the death penalty if the victim is a police officer or other special circumstances exist.

Murder cases, especially those that involve a potential death sentence, require special skills and knowledge based on experience handling these complex and potentially life-altering cases. Mr. Freidberg has over seventeen years of experience practicing law which includes many years of experience handling serious felonies including murder cases. Mr. Freidberg also works closely with private investigators, mental health experts, forensic experts, toxicologists and others to build a persuasive defense on behalf of clients charged with murder in Chicago.

The unjustified killing of another individual where the act that caused the victim’s death meets any of these standards:

The perpetrator has the actual intent to cause a death or cause great bodily harm or knows that the act will inflict such harm or death; or

The perpetrator knows his or her actions will result in a high probability of great bodily harm or death; or

The death occurs during the commission of a felony (other than second degree murder) (Felony Murder).

While the penalties for second degree murder are not as severe as first degree murder, the offense still results in life-changing consequences. Second degree murder is a Class 1 Felony that carries exposure to a prison term of 4 to 20 years. However, probation is available for up to four years.

Second degree murder is defined under Illinois law as committing an act that would constitute first degree murder but is mitigated by any of the factors below:

The act was committed when the accused was in a state of sudden and intense passion caused by serious provocation from the victim or someone the accused attempts to kill when inadvertently killing an innocent bystander; or

When attempting to act in self-defense to prevent imminent use of unlawful force likely to cause great bodily harm or death or a forcible felony, but the belief that the use of force was necessary is not objectively reasonable (sometimes referred to as “imperfect self-defense”).

A manslaughter conviction is still a very serious charge that can result in a long prison sentence upon conviction. Whether the manslaughter charge is connected with a DUI or with some other act, the fact remains that someone’s life was taken, and that means an emotionally charged case in which the prosecution will attempt to play upon the sympathies of the jury. In such a situation, the highly-skilled services of an experienced Chicago defense lawyer are absolutely vital to preserving your rights and your freedoms if you are facing a manslaughter charge in Chicago.

If you are facing a manslaughter charge, it cannot be taken with anything but the utmost seriousness. Although a manslaughter allegation recognizes the fact that the life that was lost was not taken in a premeditated or intentional manner, the charge still means that you are accused of some form of negligence or recklessness that resulted in the death of another human being. A manslaughter charge needs to be taken as seriously as a Murder charge in Chicago.

If an individual has been charged with first degree murder in Cook County, Mr. Freidberg will carefully examine the forensic evidence, eyewitness statements, police investigatory procedures and other relevant facts to identify potential viable defenses. He then conducts an analysis of the potential defense strategies so he can recommend the best options to his clients. Some of the strategies he may employ include arguing diminished-capacity or insanity, challenging DNA evidence, presenting alternate theories of the crime based on blood-spatter evidence, highlighting other flaws or weaknesses in forensic or circumstantial evidence, seeking exclusion of coerced confessions, and obtaining suppression of illegally obtained forensic evidence.

While our goal whenever feasible is to exonerate our client by obtaining dismissal of the murder charge or a “not guilty” verdict at trial, we simultaneously explore settlement options that may result in the reduction of a first degree murder charge or reduction of any murder to manslaughter. Mr. Freidberg understands that the stakes are extremely high when individuals face murder charges so he aggressively challenges the prosecutors’ evidence and the tactics used by law enforcement.

Mr. Freidberg explores opportunities to eviscerate the prosecution’s case by seeking the exclusion of critical evidence like a firearm or bloody clothing obtained in violation of the Fourth Amendment prohibition against unreasonable search and seizures or a confession coerced in violation of an accused Fifth Amendment right against self-incrimination. These types of evidence may be critical parts of the prosecutor’s case so their exclusion may impose enormous pressure to substantially reduce the seriousness of the charge or number of criminal counts.

A search that uncovers a weapon, bloody clothing, fibers or DNA evidence and other forms of forensic evidence may be illegal for a number of reasons. The search may be conducted without a warrant and without a valid exception to the warrant requirement. Law enforcement officers frequently will claim that a valid exemption justified their decision to search without obtaining a warrant, but the necessary showing to satisfy the exception cannot be established based on the evidence. In other situations, the police may exceed the authority of the warrant by searching nearby structures or areas that were not identified in the warrant. There are even cases when the police will “fudge” the facts or even lie to obtain a warrant. The key is that Mr. Freidberg carefully investigates and scrutinizes searches to identify grounds for seeking suppression of the evidence obtained during the search.

There are also a couple of different approaches to seeking exclusion of incriminating statements or confessions. The Miranda rights of the accused may have been violated in a number of ways. The police may not have provided the Miranda Advisement of Rights (Miranda Warnings) prior to the incriminating statement even though the suspect was already “in custody,” which does not necessarily mean subject to formal arrest. Alternatively, the police may continue their interrogation despite a suspect asserting his right to have an attorney present during questioning. Even if the police comply with Miranda, the damaging admissions may still be excluded if they were obtained involuntarily. While the police can lie, deceive, misrepresent evidence and otherwise trick suspects into making a confession, certain tactics cross the line and constitute coercion. When a confession is obtained through coercion or in violation of Miranda, Mr. Freidberg may file to have the damaging statements excluded from a Cook County murder case.

If you are being investigated in connection with a murder or you have been formally charged with murder, we know that you are probably overwhelmed by stress, fear and questions about the future. Whether you are falsely accused or made a regrettable mistake, Chicago murder defense lawyer David L. Freidberg provides a vigorous defense without judgment. We know well the devastating consequences of a murder conviction so we utilize our extensive experience handling serious felony charges, investigative tools and resources, team of experts and all of the weapons at our disposal to protect your from the enormous power of the state or federal government. Our Cook County defense law firm offers a confidential consultation so that we can explain your legal rights and potential defenses. We invite you to contact us at 312-560-7100 or email us to learn how we can begin fighting for you.