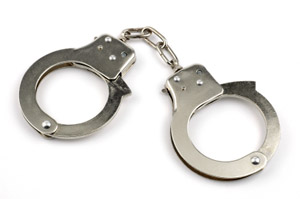 There are so many different ways to be charged with a misdemeanor offense that numerous people throughout Illinois, and the rest of the country, are going to find themselves in this situation each year. It may be tempting to dismiss the seriousness of the charges, but this would be a mistake. A misdemeanor conviction will appear on background checks and may result in the loss of a job opportunity, being denied security clearance, losing out on state and federal aid, and other serious consequences. In addition, a misdemeanor can result in actual jail time.

Chicago misdemeanor attorney David L. Freidberg has spent more than seventeen years defending clients in a broad range of criminal matters. Mr. Freidberg brings the same level of dedication and commitment to achieving the best possible result every time he takes on a new client. Our criminal defense attorneys recognize that simply because a crime is charged as a misdemeanor does not mean that the matter can be dismissed as inconsequential. A person’s freedom is at stake if convicted of many different misdemeanors. It is possible to trivialize the seriousness of the implications because of televised reports about a celebrity showing up for a three month sentence and walking out after a few hours, but spending significant time in an actual jail is a possibility with a misdemeanor charge. Our expert Chicago misdemeanor lawyers will review every facet of your situation to discover the flaws in the prosecution’s case and create a strategy to get the charges dropped or prevail at trial. Our goal is the minimization of any negative consequences for our clients.

Crimes that are Frequently Charged as Misdemeanors

There are many crimes that can be charged as a misdemeanor or a felony depending upon the specific facts of the case. Some of the more common misdemeanor charges include:

One thing to keep in mind is that a prosecutor can decide to upgrade certain offenses from a misdemeanor charge to a felony depending upon the totality of the circumstances surrounding the crime, so it is important to have an experienced criminal defense attorney involved from the beginning.

There are three categories of misdemeanors and the manner in which the crime is charged will dictate the penalties that may be imposed. The categories, from lowest to highest, are:

A conviction of a Class A misdemeanor can mean a person spends up to 364 days in jail. It is important that anybody facing criminal charges consults an experienced criminal defense attorney.

What Happens after a Misdemeanor Charge has been Filed?

The legal process for the prosecution of a misdemeanor charge is very similar to that for a felony case. Once the charge has been filed, a defendant will have an opportunity to enter a plea. If a plea of not guilty is entered, there are two options for trial:

After a trial, an acquittal results when the judge or jury finds the defendant not guilty of the crime for which he or she was charged.

Although a good criminal defense attorney must always be prepared to pursue a case to the ultimate resolution of a verdict, there are times when a negotiated plea may be the wisest course of action. Prosecutors have very heavy case loads and clearing a misdemeanor action will free up time to pursue more serious offenders. It is possible to negotiate a very favorable result that opens the door to an expungement or sealing of the criminal record at a later time.

Expunging a Misdemeanor Charge or Conviction

There are times when a person is caught in the wrong situation at the wrong time or simply makes a foolish mistake that results in a misdemeanor charge. In the State of Illinois, a process exists to expunge certain charges and convictions from a person’s criminal record. This is particularly important because these records are used during background checks for employment and even applications to rent an apartment. In addition, a criminal record can limit certain licensing opportunities, restrict a person’s ability to obtain state or federal assistance, and hinder professional advancement. Being able to expunge a record is an important consideration when deciding how to handle a misdemeanor charge.

Expungement entails an order being entered by the court that directs case records, finger print cards, and any photographs to either be destroyed or returned to the person involved in the matter. In addition, the public record is stricken and public access is prohibited. Other existing case files are sealed. Although the process of having this done is cumbersome, the benefits are tremendous.

Chicago misdemeanor attorney David L. Freidberg has more than 20 years of experience defending clients. Throughout that time, Mr. Freidberg never has lost sight of the fact that it is just as important to zealously defend a misdemeanor charge as it is a felony. Any type of criminal action will have a great impact on a person’s life. Our skilled defense lawyers are prepared to dedicate time and resources to learning all about the specifics of a client’s case, investigating every piece of evidence and witness statement, reviewing the circumstances under which the evidence was gathered, and crafting a strong defense. We welcome the opportunity to sit down with you at a free and confidential consultation, during which we will outline your legal options. To schedule this meeting, please email or call us at (312) 560-7100.