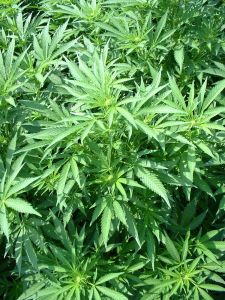 The trend in many states is toward decriminalizing marijuana possession and other pot related crimes through laws that have legalized medical marijuana. Two states recently have even legalized cannabis for personal use. Despite this liberalization of marijuana laws throughout the U.S., Illinois has not joined in this movement to decriminalize marijuana. If you are arrested for marijuana possession in Chicago or throughout Illinois, you can face very serious penalties. Under Illinois law, possession of any quantity of marijuana is a criminal offense within the state.

Severe Consequences of a Weed Possession Conviction in Illinois

The severity of penalties for pot possession is based on the quantity of the drug in your possession when you are arrested. Pursuant to 720 ILCS 550/4, any person who knowingly possesses marijuana in any measureable amount is subject to criminal liability. The exposure you face increases with the quantity of cannabis as follows:

While it is natural to be anxious if you face these forms of punishment for possession of pot, this chart only tells part of the story because there are many other consequences and penalties that may flow from a criminal conviction if you are arrested with marijuana including:

Even these other formal consequences that flow from a marijuana possession conviction do not provide a complete picture of how one’s life may be affected by a conviction for a pot possession crime. The criminal record you receive can haunt you for years and impact many aspects of your life including employment opportunities, security clearance access, qualification for professional and certain occupational licensing, immigration consequences like removal, denial of student loans and other adverse effects.

While any arrest with marijuana on your person or constructively in your possession can have an enormous impact on your life, the prosecutor may charge you with distribution or intent to distribute under certain circumstances. The penalties for possession with intent or distribution can result in lengthy terms in the state penitentiary. These charges may be filed even when the drugs were actually intended exclusively for your personal use. These more serious pot charges may be based on the presence of certain types of household items used for distribution, such as zip ties, baggies, scales or the way the marijuana is packaged.

Because our Chicago marijuana possession attorneys understand the high stakes when you are charged with distribution or intent to distribute, we work diligently from the outset of the case to get the charges reduced to simple possession. We may challenge the nature of the evidence being relied on to justify escalating the charge or otherwise expose weaknesses in the prosecution’s case. The private investigators with whom we work may search for evidence suggesting the lack of reliability of witnesses. Our Chicago cannabis possession attorneys will also carefully review law enforcement investigative reports and police procedure to identify improper search and seizures that violate the Fourth Amendment.

If you are facing criminal charges because you were arrested with weed, our experienced Illinois marijuana possession lawyers may also employ a range of other defense strategies depending on the specific facts of your case, which include the following:

Attacking Evidence of “Possession”: Even if you were arrested with the drugs in your jacket pocket, office, vehicle or close proximity to your person, this does not mean that the drugs did not belong to someone else. We may be able to provide evidence that others had access to where the cannabis was discovered and argue that you did not know that the drugs were present.

Fourth Amendment Challenges to Searches: There are many reasons that a search may be improper based on violations of Fourth Amendment protections. The police may conduct a search without a warrant based on a claimed exception to the warrant requirement that is not justified by the facts. The officers may claim that they did not have time to obtain a warrant because it might have resulted in the destruction of evidence. If the officers have already secured the scene when conducting the search, the claim of “exigent circumstances” may be attacked because there is no longer a basis to claim that the risk of the loss of evidence exists.

Improper Execution of a Search: Police officer must carefully comply with the terms of a search so they are not permitted to search for evidence at a location that is not specified in the warrant.

Suppression of Incriminating Statements: If your Miranda rights were violated or a confession was obtained under duress so that it was not voluntary, our Chicago marijuana possession attorneys may be able to have these statements excluded from the case.

Attacking the Credibility/Reliability of Witnesses: Many drug cases in Illinois are built on information provided by police informants motivated by inducements so we carefully investigate those informants to facilitate an effective cross-examination of such witnesses.

If you have been arrested for possession of marijuana, you should immediately assert your right to counsel and decline to talk to the police. Some people arrested in Cook County for pot possession try talking their way out of the charge related to marijuana possession, but this never works. YOU CANNOT MAKE YOUR SITUATION BETTER BY TALKING TO THE POLICE! The police count on the fact that those arrested will not feel comfortable enough to refuse discussing their case. They may even go so far as to tell you that if you tell the truth, they will let you go home. Do not believe them! The police are going to charge you if they have what they feel is sufficient evidence, regardless of what you tell them. Talking to the police without an experienced marijuana attorney with you never helps your case.

However, there would be no overcrowding problem in our prison system if everyone asserted their right against self-incrimination and right to counsel rather than participate in police interrogations. Anyone arrested for cannabis offenses in Chicago or the surrounding areas should immediately speak with a Chicago cannabis possession attorney. We offer a confidential consultation that is free of charge so that we can evaluate your case and suggest potential defense strategies. Please contact us at 312-560-7100 or email us so that we can start defending your freedom and reputation.