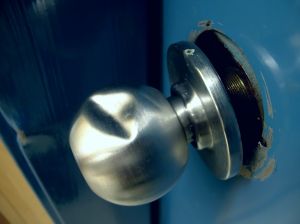 Illinois is one of the few states that make home invasion a distinct criminal offense separate from residential burglary. If you have been arrested and charged with committing home invasion, you are facing one of the most serious types of criminal charges under Illinois law. Home invasion constitutes a Class X felony which carries potential exposure of six to thirty years in state prison and a fine that may be as much as $25,000. The risk of suffering a home invasion conviction in Cook County is even more serious because probation is not an option available to the judge if you are convicted of this serious Illinois criminal offense. Anyone convicted on a charge of home invasion also will be subject to three years of supervised release, also known as parole, even after serving his or her jail time.

Although this criminal offense carries severe penalties, experienced Chicago home invasion defense lawyer David L. Freidberg aggressively defends his clients based on the lack of evidence to prove every element of the offense, failure to establish the requisite specific intent and exclusion of illegally obtained evidence. Mr. Freidberg does not rely on the investigation conducted by law enforcement. Rather, he uses these reports to expose potential weaknesses in the prosecutor’s case or improper police tactics that violate the due process rights of his clients. When devising an effective criminal defense strategy to a Chicago home invasion charge, Mr. Freidberg draws on his seventeen years of legal experience during which he has represented hundreds of clients accused of serious crimes under Illinois law.

What Constitutes the Crime of Home Invasion in Illinois?

While there are some similarities between residential burglary and home invasion, these are distinct criminal offenses so not every break-in or forced entry into a residence constitutes a home invasion under Illinois law. The criminal offense of home invasion is defined as entering the dwelling of another person when individuals are physically present or remaining in the home until others arrive and causing injury to another person or employing force while armed with a dangerous weapon. The nature of the force may include a sexual assault, but this does not necessarily need to be the case for the prosecutor to charge an accused with this felony offense.

Although the statute for home invasion specifies that the residential dwelling must be the home of another person, this is misleading because it is possible to be charged with this Class X felony offense even if you are entering your own home. If the home was awarded to your spouse in a divorce action or you are barred from the home under a protective order, you may be charged with home invasion even if you have an ownership interest in the home.

Despite the serious nature of a home invasion charge, the offense is a specific intent crime which means that the prosecutor must establish that you had specific knowledge and intent to obtain a conviction. If you did not know that people were in the home, you may not have the specific intent to have committed a home invasion although you may face other charges, such as burglary. If we are retained prior to formal charges being filed, we may be able to persuade the prosecutor not to file a home invasion charge by establishing that you left the home immediately after another person entered the dwelling. While the prosecutor may still file a lesser charge, the importance of avoiding a Class X felony with substantial exposure to state prison, mandatory minimum penalties and no eligibility for probation can hardly be overstated.

Our Illinois home invasion lawyers also may avoid a charge of home invasion or obtain a dismissal or acquittal by establishing that the accused immediately surrendered to the person in the home without threatening or causing serious bodily injury or attempting to use such a threat or cause harm. Because the threat or use of force or attempt to cause or threaten bodily harm is a necessary element of the offense, you cannot be convicted of home invasion if you immediately surrender or flee when discovering another person is in the residence.

Other Defense Strategies in a Chicago Home Invasion Prosecution

When you are charged with home invasion in Illinois, you should immediately assert your right to an attorney and refuse to participate in an interview with the police. The consequences of a Chicago home invasion conviction can go beyond even the harsh penalties associated with a Class X felony. Even once you have fully served your sentence and period of supervised release, you will experience the effects of having a violent felony on your criminal record which may make it difficult to obtain employment or rebuild your life. Mr. Freidberg understands the permanent damage caused by conviction of a Class X violent felony so he is zealous in his efforts to obtain a dismissal, not guilty verdict or reduction to an offense that permits the judge to order probation.

If you have been arrested or are merely under investigation for home invasion or any other violent felony in Illinois, you are likely to be stressed about your future, freedom and family. Mr. Freidberg understands these feelings and provides clear explanations so that you have a candid assessment of your situation. We recognize that our clients are one of the best sources for factual evidence regarding what happened and law enforcement conduct so we work closely as a team with our clients to fashion the most persuasive defense strategy. A criminal record that includes a violent felony will impact every aspect of your life in the future, which includes your personal relationships, reputation, education, career and more.

When you are dealing with the enormous resources and power of the government, you need to put a dedicated and knowledgeable Illinois home invasion attorney on your side. Mr. Freidberg has dedicated his legal practice to fighting for the liberty and future of his clients. Our Cook County home invasion defense law firm offers a confidential consultation so that we can explain your legal rights and potential defenses. We invite you to contact us at 312-560-7100 or email us to learn how we can begin fighting for you.