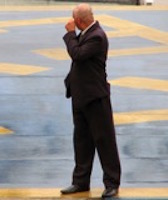 Federal fraud charges can range in severity from credit card fraud or mail fraud all the way to the complex crime of securities fraud. Each fraud charge is unique and will require a customized defense from a Chicago fraud lawyer centered on the facts of your particular case. Federal fraud charges may carry serious prison sentences, with some fraud crimes requiring mandatory prison times along with hefty fines. A conviction for fraud in federal court will further leave you with a permanent criminal record, which could limit your ability to obtain a job, financial aid, and more.

If you are being investigated for a fraud offense or have been arrested on a federal fraud charge, contact the Law Offices of David L. Freidberg as soon as possible. Federal investigators are notoriously sophisticated. By the time you are charged with a fraud offense, the government has likely gathered considerable evidence towards its case against you. It is imperative that you act quickly in retaining the help of an experienced Chicago fraud attorney. When you hire our firm, we use our more than twenty years of experience in starting the critical investigation process, gathering evidence that refutes the government’s case and supports your strategic defense. With swift action by a skilled firm, you can successfully mount a strong defense against even the most serious of federal fraud charges.

The federal government penalizes various types of fraud within 18 U.S. Code Chapter 47 and Chapter 63, among other statutes. Federal fraud crimes include:

Under 18 U.S.C. Section 1341, it is a federal crime to use the mail for the purpose of executing or attempting to execute a scheme to defraud. Schemes to defraud are broadly defined to include any attempt to obtain property or something of value by false or fraudulent pretenses. If convicted of mail fraud, you could be sentenced to up to 20 years in prison

Wire fraud involves many of the same elements as mail fraud, but instead makes it illegal to use the “wire,” which includes radio, television, and internet, to commit fraud. The crime of wire fraud is contained in 18 U.S.C. Section 1343. Wire fraud and mail fraud are some of the most commonly charged federal offenses due to the broad nature of these laws. The mail system and internet may be implicated in a wide array of fraudulent activities, such as bribery or corruption. These charges will often be found in conjunction with other fraud-related offenses.

Medicaid and Medicare are government programs that provide health insurance for millions of Americans. Both programs are funded, at least in part, by the federal government. In recent years, Medicaid and Medicare have faced numerous instances of fraud. Fraud against these government programs can be prosecuted under several different statutes, depending on the nature of the actions committed. Those who are suspected of committing Medicaid or Medicare fraud may be charged with false statements relating to health care matters, 18 U.S.C. Section 1035. False statements could include any materially false representations used to obtain health care benefits. Those convicted of this crime could be sentenced to not more than five years in prison.

Tax fraud or tax evasion occurs when a taxpayer attempts to avoid paying federal income tax. Tax evasion is made illegal under 26 U.S. Code Section 7201. Instances of tax fraud could include overestimating your business expenses or failing to file a tax return. Tax fraud is a common but serious offense that could result in up to five years in prison, along with considerable fines.

Most federal fraud crimes are felony offenses. There is a wide range of potential penalties for fraud offenses, with many fraud charges carrying the potential for lengthy prison sentences. Depending on the crime charged, fraud charges may involve several years of a mandatory minimum sentence. More serious charges could result in decades spent in a federal prison. For less serious charges, home incarceration or probation may be possible. Your sentence will vary greatly depending on your exact charge, the losses to the government or other victim, and your criminal history.

Many fraud convictions will also involve fines. A conviction for mail or wire fraud, for instance, could result in a $250,000 fine. When multiple crimes are charged, federal defendants may find themselves facing several hundred thousand dollars in fines. In addition to fines, you could be ordered to pay restitution to the victims of your crimes to compensate them for their loss.

It is important that you act quickly to defend against the fraud charges lodged against you so that you might avoid some of these severe criminal penalties. A federal felony conviction can be life changing, but there are steps you can take to avoid this outcome or minimize the loss of your freedom. Seek legal assistance from a fraud attorney in Chicago early on to provide yourself with the best chance of mounting a strong case against the government’s charges.

Being charged with a federal fraud crime can be frightening. Your freedom and future are at stake. For experienced assistance defending against these serious charges, contact Chicago criminal defense attorney David L. Freidberg. For over 20 years, David Freidberg has represented clients against a wide variety of complex criminal charges, including felonies, misdemeanors, state, and federal charges. Attorney David L. Freidberg diligently fights to see that each client receives the zealous defense that his or her criminal case deserves. We can also handle your defense if your charges arise out of Indiana or elsewhere. Call the Law Offices of David L. Freidberg, P.C., today at (312) 560-7100 or contact us online to schedule your free consultation.