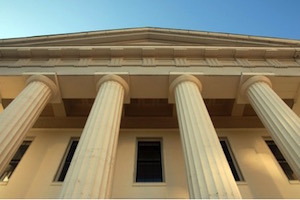 Every 19 seconds, someone across the United States is arrested for a drug crime, as reported by the Federal Bureau of Investigation (FBI). America continues to be in the midst of a war on drugs, with billions of dollars being invested annually on a state and federal level towards the prosecution and housing of drug offenders. While all drug crimes hold the potential for serious consequences, federal drug offenses are notoriously complex and come with harsh penalties.

Many federal drug charges will involve large quantities of drugs, the transportation or smuggling of drugs across state lines or outside the country, drug conspiracies, or wide-reaching drug deals. Given the heightened gravity of the charges, conviction for a federal drug charge will generally come at far greater costs than a state drug conviction. Federal drug convictions could result in several years in a federal prison, thousands of dollars in fines, and a felony conviction on your permanent criminal record.

If you are being investigated or have been charged with federal drug charges, it is essential that you retain the assistance of an experienced drug crimes attorney as soon as possible. Federal drug cases require a unique skill set as they differ greatly from state cases. The Chicago criminal law firm of David L. Freidberg, P.C. has over 20 years of experience representing clients in both federal and state matters. Our firm has the knowledge needed to effectively defend you against even the most serious of drug charges in the Chicago area and beyond.

The Comprehensive Drug Abuse Prevention and Control Act of 1970, commonly referred to as the Controlled Substances Act, is found in 28 USC § 801 et seq. This important federal law was enacted by Congress in 1970 as part of an effort to categorize regulated drugs according to their potential for abuse. Drugs are classified in Schedules, with the most dangerous drugs being a Schedule I, and drugs with medical value falling into a Schedule V. Federal drug charges and penalties will vary greatly depending on the Schedule of the drug involved.

Schedule I controlled substances include: heroin, LSD, marijuana, peyote, and Ecstasy. Schedule II drugs include narcotics and stimulants, such as Oxycontin, Percocet, Morphine, and Adderall. These are the two most severe and commonly charged categories of drugs. Anyone charged with a federal drug crime will want to closely examine the description of the drug charged, which will generally be written in its scientific name, so that you can accurately assess the penalties you may face.

These are just a few federal drug crimes. Other drug related crimes at the federal level could include prescription drug fraud, money laundering, and charges under the Racketeer Influenced and Corrupt Organizations Act (RICO). Before charges are ever filed against you, federal prosecutors will generally already be hard at work creating a mountain of evidence against you. It is not uncommon for federal prosecutions to involve wire taps, informants, and multiple indictments. The advanced nature of the prosecution makes it all the more important for defendants to contact our experienced criminal defense law firm so that we can start gathering evidence in your defense and challenging the evidence held by the prosecution as soon as possible.

Federal sentencing guidelines set minimum and maximum terms of imprisonment based on the type of drug and quantity involved. The court will also take into account the following factors:

It is important to research your charged offense with your criminal defense attorney due to the variety of sentences potentially imposed. As an example, the distribution of five kilograms or more of cocaine would be punishable by not less than ten years in prison and not more than life if it is a first offense. A lesser amount of cocaine, between 500 and 4,999 grams, would be punishable by not less than five years and not more than 40 years as a first offense, without aggravating circumstances.

Along with enhanced penalties when aggravating factors exist, the federal sentencing guidelines also allow for judges to depart from the minimum sentence under certain circumstances. Downward departures may be made when a defendant provides substantial assistance to federal prosecutors or if the act when considered “aberrant conduct.” Aberrant conduct involves a single criminal act committed without significant planning by an otherwise law abiding citizen.

Get Help for Your Federal Drug Charge in Illinois

Being charged with a federal drug crime is frightening and comes at an extreme potential cost. Anyone charged with such a crime should contact Chicago criminal defense attorney David L. Freidberg right away. When your freedom and future are on the line, our law firm will fight to defend your case to the fullest extent possible under the law.

Being convicted of a federal drug crime can have serious implications for your future and freedom. If you are facing a drug charge in Federal court, you will need the representation of an experienced and skilled criminal defense law firm. For over 20 years, Illinois Criminal Defense Attorney David L. Freidberg has represented clients against a wide variety of criminal charges, including felonies, misdemeanors, state, and federal charges. Our firm offers zealous and compassionate representation, championing the cause of each of our valued clients. Call the Law Offices of David L. Freidberg, P.C., today at (312) 560-7100 or contact us online to schedule your free consultation.