Defending Your Future -- Illinois Crimes Against the Elderly 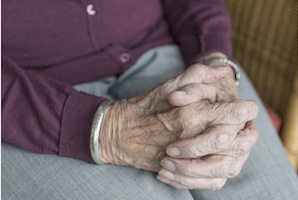 When you are charged with assault and battery, other crimes of violence, or another type of felony, the punishment can include incarceration, serious fines, a criminal record, and other adverse consequences. If the alleged victim in a criminal case is elderly (over the age of 60 under Illinois criminal laws), the penalties become much more serious. The criminal laws in our state treat crimes against seniors more seriously because the victims are considered physically and mentally more vulnerable to harm. Chicago criminal defense attorney David L. Freidberg is well-versed in the special penalties and circumstances involved in criminal offenses against elderly victims, he works diligently to protect his clients’ future when facing these serious charges.

Assault & Battery of a Senior Citizen Simple Assault and Battery

When an elderly person experiences an assault and battery in Cook County or the surrounding areas of Illinois, several different offenses could be charged depending on the precise circumstances. Under Illinois law, a person commits an assault when engaging another person in reasonable apprehension of receiving a battery. The offense of battery occurs when an individual causes bodily harm to another or engages in provoking or insulting physical contact with another person. While both offenses are misdemeanor offenses that are punishable by incarceration, fines (or both), and community service, the crimes become more serious when committed against an individual over age 60.

Aggravated Assault and Aggravated Battery Against an Elderly Victim

When a battery is committed against an elderly victim, the accused faces much more serious punishment. Illinois criminal laws make certain acts that would constitute a simple assault or simple battery an aggravated offense based on certain factors that include the advanced age of the victim and/or the nature of the victim’s injuries. The prosecutor can charge a person with aggravated battery if the accused knowingly and intentionally causes great bodily harm, permanent disability, or disfigurement to someone over age 60. [720 ILCS 5/12-3.05(d)(1)]. A person also can be charged with aggravated battery under 720 ILCS 5-12-3.05(a)(4) for knowingly committing a battery against a person over age 60.

While the first form of aggravated battery focuses on the severity of the injury, the second is directly based on committing the offense against someone known to be a senior citizen (older than age 60). The prosecutor must prove that the defendant knew the alleged victim was over 60-years-old to obtain a conviction under one of the two provisions above, but the judge or jury can reach such a conclusion based on observation of the appearance and mannerisms of the victim if he or she testifies. This means a conviction can be obtained even if the defendant does not admit to knowing the victim’s age.

If the prosecutor does not have sufficient evidence to establish the accused’s knowledge of the alleged victim’s age, the prosecutor might still charge aggravated battery (or aggravated assault) if another provision of 720 ILCS 5/12-3.05 applies to the facts of the case. However, the grade of felony charged will vary depending on the subsection. While aggravated battery against a senior citizen is a Class 2 felony, a charge based on great bodily harm without the age element is a less severe Class 3 felony.

Robbery or Home Invasion Against a Senior Citizen

While the aggravated assault and battery provisions of ICLS specifically indicate a more serious offense when the victim is over age 60, crimes against senior citizens also are subject to more serious penalties under other provisions. 730 ILCS 5/5-3.2 (a)(8) provides that a victim’s status as a person over 60-years-old is a factor a judge will consider in aggravation or extended term sentencing when committed against the senior’s person or property. Extended term sentencing means that the judge can impose a prison term that exceeds the statutory maximum sentence for the charged offense.

A common scenario where an accused might face more serious penalties under this provision involve robbery and home invasion where a senior citizen is a victim. The prosecutor can pursue a conviction for robbery when an accused takes property from the victim by use of force or a threat to use imminent force. When the accused carries a weapon like a firearm, the charge will be armed robbery, which is a Class X felony. If the property taken from the senior citizen is a motor vehicle, the charge can be aggravated vehicular hijacking. Vehicular hijacking constitutes a Class 1 felony, which is punishable by 4 to 15 years in prison and a $25,000 fine. Given the lengthy prison terms associated with these offenses, the possibility the judge might impose a harsher sentence because the victim is a senior citizen could be devastating.

While many criminal offenses could result in more severe punishment because the victim is a senior citizen, common examples include:

The Law Offices of David L. Freidberg, P.C. is dedicated to protecting the rights of the accused and fighting for the future of our clients. We offer a free consultation, so contact us at 312-560-7100 or email us. Let us start protecting your future today!