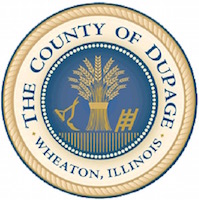 DuPage County is located to the west of Chicago, hence its motto, “The Magnificent Miles West of Chicago.” This scenic area is the second most populous county in Illinois and has a population of nearly one million. DuPage County is a mix of rolling plains and urban development. Unfortunately, however, this populous county is the site of numerous crimes annually. The 2014 Illinois Annual Uniform Crime Report revealed an increase in several serious crimes year over year. Twelve homicides occurred in 2014, as well as 111 rapes, 170 robberies, and over 10,000 thefts. Arrest rates for these offenses were high. Drug arrests were also up since 2013, with over 6,000 arrests made in 2014.

Most of the drug arrests, as well as many sexual assaults, arise out of towns with an active nightlife. So called “club drugs” like Ecstasy and others like it have become more common among the younger crowd in parts of DuPage County. Date rape drugs like GHB, are reportedly being used to commit sexual assaults, rapes, and other acts of violence. When comparing county by county crime statistics, drug arrests in DuPage County are outpacing the Illinois average.

The State’s Attorney’s Office prosecutes all criminal matters on behalf of the State’s Attorney. The Bureau is comprised of five divisions, Felony Trial, Sexual Violence/Child Protection, Special Prosecutions, Misdemeanors, and Investigations. The Felony Trial Division is comprised of the Assistant State’s Attorneys who try felonies in six different courtrooms. The Special Prosecution Division is comprised of several prosecution units that focus on a particular type of crime. These include narcotics, financial crimes, gang crimes, and felony screening. The Sexual Violence/Child Protection Division handles juvenile cases, family justice matters, and sexual crimes, including sexual abuse of children. Misdemeanors and Traffic prosecutes all misdemeanors and traffic matters in nine misdemeanor courtrooms and four traffic courtrooms. The Criminal Investigations Division assists in the investigations of crimes, including serving subpoenas, summons, and warrants.

The current State’s Attorney is Robert B. Berlin. Mr. Berlin was appointed to the position of DuPage County State’s Attorney originally in 2010 to complete an unexpired term of the previous State’s Attorney. He was then elected to a full four year term in 2012. Mr. Berlin has served as a prosecutor across Illinois, including in Cook County and Kane County before coming to DuPage County, for over 26 years. He has tried 84 felony jury trials, including 55 first degree murder cases, and hundreds of felony bench trials.

The 18th Judicial Circuit Court serves the people of DuPage County. The courthouse is located in Wheaton and is the second largest court system in Illinois. The location of this large courthouse was the source of much controversy in the 1800’s, with residents divided over whether the courthouse should be located in Naperville or Wheaton. Eventually Wheaton became the official county seat and the present courthouse was dedicated in 1990.

The 18th Judicial Circuit Court houses six different felony division courtrooms and 10 misdemeanor division courtrooms, along with a number of civil division courtrooms. In addition to courtrooms, the 18th Judicial Circuit Court houses the drug court program. The DuPage County Drug Court Program provides sentencing alternatives to non-violent drug offenders. The program is a pre-sentencing program and participation is imposed as a condition of bond. To be accepted into the drug court program, applicants must reside in DuPage County, be 17 years or older, have a pending non violent felony charge, and demonstrate they have a significant drug problem. Those accepted into the program will complete a 24 month intensive, three phase program. Accepted offenders will be required to submit to voluntary drug testing, outpatient or residential treatment, and more. Those who successfully complete the program will have their charges dismissed.

Those charged with a crime in DuPage County will likely feel confused and intimidated. The criminal process can be daunting and the consequences are very real and quite serious. The State’s Attorney’s Office offers a guide on the criminal court process. This guide walks you through the basic process, starting with the complaint phase, proceeding to the investigative phase, and reaching the charging phase. This guide is useful for newly charged defendants who may be unsure how their case is going to proceed.

While having a basic understanding of the DuPage County criminal process can help, anyone charged with a misdemeanor or felony offense in DuPage County is advised to consult with a licensed Illinois criminal defense attorney as soon as possible. Your attorney will assist in investigating the charges lodged against you and gathering exculpatory evidence. Armed with an understanding of the evidence and case law, your lawyer can file vital motions that could alter the outcome of your case or even result in dismissal. Your attorney will assist you in proceeding with the best possible route for your case, which could include negotiating a strong plea bargain or proceeding to trial. Armed with an experienced criminal defense attorney you can mount the strongest defense against your charges possible.

DuPage County Criminal Defense Attorney David L. Freidberg has assisted clients facing all types of serious felony charges for nearly two decades. Renowned attorney David Freidberg provides the highest quality of legal assistance, mounting your strongest possible defense against the serious charges you face. Our firm has a proven track record of success, skillfully assisting clients in obtaining dismissal of charges, negotiating plea bargains and diversions, winning motions to suppress, and obtaining not guilty verdicts at trial. At The Law Offices of David L. Freidberg, we understand the seriousness of the charges you face. As such, we vow to always provide your case with the individualized attention it needs and deserves. The Law Offices of David L. Freidberg is available 24 hours a day, 7 days a week to assist in your defense. To schedule your free consultation, call us today at (312) 560-7100 or toll free at 1 (800) 803-1442. You may additionally contact us via email and we will respond as soon as possible.