Defending Against Driving Under the Influence Charges – Illinois DUI Attorneys 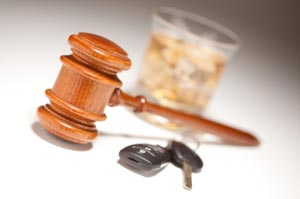 David L. Freidberg is a Chicago criminal defense attorney with more than 20 years of experience defending the rights of his clients. Mr. Freidberg understands that being charged with DUI carries with it many difficulties, including the suspension of your license and social stigma. He offers legal advice and representation without judgment in order to achieve the best results possible. An effective defense strategy includes challenging the initial stop by the police, putting into question the administration of the breathalyzer or blood or urine test, and reviewing the calibration of the equipment used to render the result.

When a person is arrested for DUI, there are many things that happen. Several years ago, Illinois adopted new laws that make this one of the toughest states on DUI prosecution. There is a Statutory Summary Suspension and impounding of the vehicle in which the person arrested for DUI was driving for most DUI cases. It also is a costly process, with judicial fines, administrative costs, and attorneys’ fees. However, the right Chicago DUI attorney can help you get through the process.

In Illinois, the first and possibly second DUI is frequently charged as a misdemeanor. If a person has been convicted of multiple DUIs, consisting of three or more in a driver’s history, then the charge will be a felony DUI. Some factors will be used to elevate a misdemeanor DUI to a felony DUI, including:

With the changes that took effect in 2009, even a first time DUI conviction can lead to severe consequences. A Class A misdemeanor has a maximum penalty of a fine of $2,500.00 and up to a year in jail. However, most first time offenders will not go to jail unless they were involved in an accident while under the influence. It is possible to get court supervision, which is an alternative to a criminal conviction.

Court supervision is not possible for a second or third DUI conviction. And this DUI could result in a Class 2 or Class 4 felony, which can lead to a sentence of one to seven years in prison.

Defending against a DUI Arrest

Although there are many defenses available to a person who has been charged with DUI, there also are a lot of expenses. Retaining an attorney is going to cost money, but having the right DUI attorney in Chicago can make all the difference in the outcome of the case and the long-term consequences. In addition to attorney’s fees, there likely will be the initial bail, which can range from several hundred dollars and may be thousands of dollars, depending upon the nature of the DUI arrest. Although most of this will be returned at the conclusion of the case, there are nonrefundable court imposed fees and costs. Your vehicle likely was impounded as a result of the DUI arrest and it will be a couple of hundred dollars to get it out of impound, which will increase if the vehicle is not retrieved quickly.

A DUI arrest in Illinois means that a driver will have to take classes on the harm that DUIs cause in Illinois, plus counseling requirements. There also may be drug and alcohol testing. In order to get your license restored, there is an administrative fee, plus the costs of the necessary filings and hearings. If your suspension is rescinded, you will not have to have an ignition interlock device installed, which saves quite a bit of money, as there will be a monthly rental fee of $70 to $100 for the device. Additional costs apply for the required calibration and maintenance.

In addition to possible jail time, a DUI conviction may include fines, which start at a maximum of $2,500.00 for a first time DUI offense without injuries and goes up from there. Do not hesitate to contact Chicago DUI lawyer David L. Freidberg if you have been arrested for drunk driving.

Revocation of Your License may Happen after the Arrest

A Statutory Summary Suspension (SSS) happens if a person is pulled over on suspicion of driving under the influence and test results show a blood alcohol content of .08 or higher. If the person has not had an SSS or DUI in the past five years, then there will be a suspension of the individual’s driver’s license for a period of six (6) months, which is effective 46 days after the citation for DUI, where the arresting officer files a sworn report to the Secretary of State. If the driver refuses to take a blood, breath, or urine test, then the suspension is for twelve (12) months. If the individual has had an SSS or DUI within the previous 5 years, then the SSS is for 12 months if the driver takes the test and 36 months if he refuses the test. It is important to contact a DUI attorney serving Chicago immediately after a drunk driving arrest as the attorney only has 90 days after the arrest to file a Petition to Rescind the Statutory Summary Suspension. If that Petition is granted, then you will be able to drive while continuing to fight your DUI charges.

A person charged with DUI can request a hearing on the SSS. When a driver files a petition to rescind the SSS, the Court must hear the matter within 30 days of the filing, at which time he will decide whether to maintain the SSS or not. Often, this is a chance to challenge the investigation and arrest.

In addition to requesting the rescission of the SSS, a driver may request a Monitoring Driving Device Permit (MDDP), which allows the person charged with DUI to drive if the vehicle is equipped with a breath device, the Breath Alcohol Ignition Interlock Device (BAIID). This device prevents the vehicle from being operated if the driver has consumed alcohol that raises his blood alcohol content to the set level. The Secretary of State must approve the MDDP. If this happens, the driver has fourteen (14) days to install the BAIID.

The Impact of Taking a Breathalyzer or Field Sobriety Test

If you are pulled over in Illinois for suspected DUI, the police officer is likely to ask you to exit the vehicle and may ask you to perform a field sobriety test or to blow into a breathalyzer. The officer is looking for evidence that will support a DUI case against you. Although you do need to exit the vehicle, you do not have to submit to the tests and can request an attorney and exercise your right to remain silent. A person who has refused the tests will face a longer suspension of his driver’s license, so there is a consequence to taking this action that must be considered. It is always easier to fight a DUI charge if these tests are refused.

David L. Freidberg Providing an Aggressive Defense for those Arrested for Driving Under the Influence

Criminal defense attorney David L. Freidberg is a Chicago lawyer who has spent nearly two decades defending clients who have been charged with driving under the influence. The experienced attorneys with whom Mr. Freidberg works understand how a client may have been arrested and charged with DUI and understand the best way to defend against these charges and assist our clients in moving forward with their lives. We will carefully review the actions of the arresting officer to see if there was any subjectivity in the justification for the suspicion of DUI. Often, there are many other reasons that explain the visual or auditory evidence that is used as a basis for demanding further testing, including bloodshot eyes caused by allergies and slurred speech as the result of sleep deprivation. It also is possible for blood alcohol content to rise between when you were driving and when the test was administered. These are just a few examples of defenses used in order to demonstrate that there options and Mr. Freidberg will ensure that you get the representation that you deserve. To learn more about your case, contact Chicago DUI lawyer David L. Freidberg today at (312) 560-7100, or set up your free case review online.