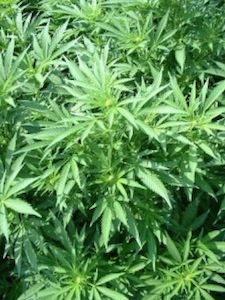 Drug trafficking, no matter what the illegal substance may be, is a difficult crime to fight. In fact, it is presumed that an individual has trafficked drugs if that individual is found to be in possession of a specific amount of drugs, and/or a certain number of cannabis (more commonly known as marijuana) plants. Even though most of us can agree that cannabis is arguably a much less dangerous substance than cocaine, heroin, or methamphetamine, for example, law enforcement officials are not keen on treating one drug trafficking charge as more minor simply because the substance at issue is cannabis.

Chicago Drug Trafficking Defense Attorney David L. Freidberg is ready to fight aggressively in order to defend your rights to the fullest extent. As an attorney, he has spent almost two decades advocating tirelessly for his clients. He understands how to break down the elements of the case in order to develop the right legal strategy, whether that is challenging the constitutionality of the stop, disputing the evidence, or revealing the flaws in the legal charges. He works tirelessly to get the best possible results for his clients.

Under Illinois law, 720 ILCS 550/5.1, a person may be charged with and found guilty of trafficking cannabis if he or she knowingly brings into the state, or knowingly causes to be brought into the state, 2,500 or more grams cannabis (marijuana) with the intent to manufacture or deliver the drug. However, a person may be charged with cannabis trafficking if he or she brings even a small amount of marijuana into Illinois, depending on other factors surrounding the criminal charge.

While many accused individuals have been charged with cannabis drug trafficking under Illinois law, this crime is often charged as a federal offense. Many times, a person is charged with this crime after being stopped for a traffic violation on a highway or toll road where the law enforcement officer discovers the drugs after making the stop. If you have been stopped and the officer discovered drugs in your vehicle, or there is evidence that you intended to manufacture or deliver cannabis, then you could be facing serious charges. As such, it is crucial to retain the right defense attorney as soon as possible, particularly because there are many ways to challenge the way in which the drug was discovered during a traffic stop.

It is important to realize that there are different regulations in the State of Illinois for the possession, manufacture, or delivery of cannabis as compared with other controlled substances. As to trafficking charges regarding cannabis, a conviction can result in substantial penalties. Pursuant to 720 ILCS 550/4, depending upon the amount of cannabis at issue, a convicted individual faces a Class 1 or even a Class X felony. Such convictions carry with them jail terms that may exceed six years, not to mention the imposition of hefty fines. As such, it is imperative that you contact an attorney as soon as possible so that your attorney can investigate the facts of your situation, and build a strong defense that may result in much less serious consequences.

Federal Penalties for the Trafficking of Cannabis/Marijuana

When a person is charged with a second offense, the penalties increase significantly. Whether or not a search and seizure incident to a traffic stop is charged as a state or federal crime will depend on the circumstances of the stop and seizure.

Exposing Issues with the Traffic Stop

When a person is pulled over in a traffic stop and the officer finds marijuana/cannabis that may lead to trafficking charges, there are a number of ways to challenge the stop, including, but not necessarily limited to, the following:

Many times, there are numerous ways to challenge the search and seizure of the drugs, which is why it is critical to hire an experienced Chicago Criminal Defense Attorney. One of the most common challenges when the officer uses a canine team to detect drugs is that the time period in which the officer was waiting for the canine team was too long to meet the reasonability standards in place. Although the investigating officer does have the right to bring in a drug-sniffing canine to walk around the vehicle and sniff for marijuana and other controlled substances, there are limitations. The fact that a drug dog alerts to the presence of marijuana or other controlled substance does provide the police with probable cause to search the vehicle. However, the length of time that the officer executing the stop makes a driver wait for the canine team to appear at the scene does impact the legitimacy of the search.

There may be justification to contest the search and seizure if the wait for the canine team takes longer than it takes the officer to conduct a review of the vehicle and driver information and issue a traffic citation. Once this time has been exceeded, a person may request the right to leave. If the officer refuses this request, then the individual may assert his right to remain silent and to have an attorney present. He also may refuse to consent to the dog sniff inspection of the vehicle – many times an officer will ignore this refusal. An officer’s failure to comply with this refusal may be grounds for the court to dismiss the case or at least deem the evidence inadmissible that was discovered through the vehicle search after a drug dog alert.

A person who faces drug trafficking charges, whether on the state or federal level, risks significant jail time and large fines. Even when that individual gets out of prison, the impact on his or her life is tremendous. Friends and family often are alienated, employment opportunities are limited, and even housing may be difficult to find. It is important to have the right attorney fighting on your behalf from the beginning of the case. David L. Freidberg has spent nearly two decades working hard to get the best possible results for his clients. He attacks each case from a factual and procedural standpoint, looking for flaws in the case and errors in the investigative officer’s actions. In order to discuss the charges that you are facing and develop the right legal strategy, it is crucial to contact us by calling (312) 560-7100 or (800) 803-1442 to schedule your free confidential consultation. You may also contact us via email, and we will respond to your inquiry as soon as possible.