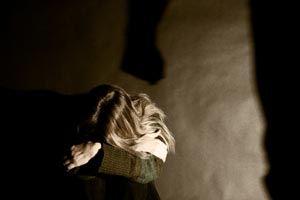 Many Chicago domestic violence charges arise out of the context of a marriage that is deteriorating or child custody dispute because of the strategic advantages that accrue to a person who can establish that the other party in their family law dispute has committed acts of domestic violence. There are other situations where an ordinary family disagreement is exaggerated by one of the parties who may later try to recant once cooler heads have prevailed. Unfortunately, Cook County prosecutors can and often do pursue these cases even when the alleged victim has recanted and no longer wishes to pursue criminal charges.

What Constitutes Domestic Violence in Illinois?

Domestic battery is defined as “physical abuse, harassment, intimidation of a dependent, interference with personal liberty or willful deprivation” of another member of the household or family as defined under 750 ILCS 60. Under Illinois law, domestic violence is classified as a violent criminal offense. If you are arrested for conduct or an incident involving domestic violence, you may be charged with a Class A Misdemeanor or even a Class 4 Felony if you have a criminal history that includes prior convictions for domestic violence. The sentence associated with a conviction of misdemeanor domestic violence involves serious penalties that include up to one year incarceration in county jail and a maximum fine of up to $2,500. If you have prior convictions resulting in a Class 4 Felony charge you may be sentenced from one to three years in state prison and a maximum fine as high as $25,000. Other penalties may include mandatory counseling, anger management classes and probation. If you have been charged with this type of criminal offense, make sure you contact Chicago domestic violence lawyer David L. Freidberg to determine the best course of action for your case.

These formal penalties are compounded by the long-term consequences of a domestic violence conviction, including but not limited to the following:

While domestic violence is a serious issue, the broad scope of the statute places an enormous amount of discretion with the prosecutor so it is imperative to retain an experienced Chicago domestic violence defense attorney as soon as you are aware that you may be charged. Because lawyer David L. Freidberg has handled many domestic violence cases, he recognizes the value of early intervention which may prevent formal charges from being filed. There are strong presumptions in favor of spouses and parents in family law cases in Illinois that create an enormous incentive to “trump up” false claims of domestic abuse. Chicago criminal defense lawyer David L. Freidberg investigates such motivations and aggressively conducts cross-examination to expose improper motivations and false testimony.

Domestic abuse charges may arise out of a wide range of situations even when there is no actual contact and the alleged victims suffer no actual injury. Acts that may constitute domestic violence include but are not limited to the following:

There are three common forms of domestic violence cases in Illinois:

While it is one of the worst kept secrets in Illinois, the Chicago police do not openly discuss their clearly established policy of arresting a person alleged to have committed domestic violence no matter how patently false the claim appears. Further, there is a clear bias against men when police are called out on domestic disturbance calls because men are typically physically stronger and statistically more likely to be the perpetrator. Unfortunately, there are plenty of bitter ex-wives, jealous current girlfriends and jilted ex-girlfriends that use domestic violence charges to exact revenge for real or imagined wrongs.