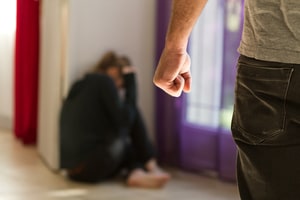 What do Prosecutors Have to Prove in a Domestic Violence Case?

This act defines domestic abuse within the state of Illinois.

Abuse may be physical, such as pushing, hitting, forcing intercourse, or not allowing someone to leave.

Abuse also includes harassment, such as calling or texting someone over and over again, following someone, making threats, preventing someone from seeing their children, or creating problems at someone’s job.

Forcing someone to do something against their will or denying a handicapped individual access to care are also examples of abuse.

Abuse also includes forcing a child or someone else to watch these acts.

Who may be a Victim of Domestic Abuse?

Abuse against others is only defined as domestic abuse if the victims are specifically defined individuals.

Victims of domestic abuse may include:

Therefore, if an act of abuse as defined above is made against one of these victims, the accused may be arrested for domestic violence.

What Defenses are Available in a Domestic Violence Case?

There may be several defenses you are able to raise in a domestic violence case. With the assistance of an experienced Chicago criminal defense attorney, you will be able to present any and all defenses available in your specific case.

Law enforcement officers and prosecutors must meet their burdens of proof when charging someone with a crime.

If there is too little evidence to show that a crime actually occurred, charges may be reduced or dismissed.

There are many types of evidence that may be used in a domestic violence case. These include:

For example, say that someone accused a former spouse of harassing them over the phone. If the phone records do not show any calls from the accused, it is likely that the charges will be dismissed.

In some domestic violence cases, the accused is blamed for a crime he or she did not commit. If threats are being sent to a victim over the internet, for example, the accused may have had nothing to do with it.

State prosecutors must show that the accused was actually the one who committed the crime. If the prosecution cannot do so, the charges must be dismissed.

The Victim is Lying

After a bad break-up or fight, some individuals accuse their partners of domestic abuse as a way to “get back” at them. They may claim that they were hit or shoved, or they may claim that an injury was caused by the accused when it really was not. An experienced criminal defense attorney knows how to prove an alleged victim is actually lying. In addition, it may be possible to file a lawsuit against the alleged victim for the damage he or she caused to the accused’s reputation.

At times, the alleged victim of a domestic violence dispute is actually the aggressor. For example, perhaps a woman began hitting her husband. Her husband grabbed her arms to stop her from continuing to hit him. However, when the husband grabbed his wife’s arms, he left bruises on her. The wife calls the cops and accuses the husband of domestic violence, when in reality, the husband was defending himself against the wife’s attack.

How do I Raise a Defense in my Domestic Violence Case?

The best way to present an excellent defense in your domestic violence case is to consult a Chicago criminal defense lawyer as early as feasible after you are charged. Once you hire a criminal defense attorney, that attorney is able to discuss your case with law enforcement, prosecutors, and other individuals involved in the case.

If you discuss the case with these individuals, they are able to use your statements against you in court. However, your attorney knows what to say to advocate for you and protect your legal rights throughout your case.

You and your attorney will carefully discuss the facts of your case. Your attorney is able to identify any and all defenses that may be raised. Your lawyer will then work hard to gather evidence to support these defenses. Your attorney will speak with witnesses, review photographs and video footage, study medical records, and examine any other types of evidence necessary to fight your charges.

Domestic violence charges may result in prison sentences of up to 14 years if certain criteria are met. In addition, you could lose your job, your reputation, and suffer damage to your personal relationships. Therefore, it is wise to consult a criminal defense lawyer as early as possible in your case.

Defense Attorney David L. Freidberg has more than two decades of trial experience in all types of criminal matters, including domestic violence cases. David L. Freidberg has helped many of his clients obtain a reduction or even a dismissal of their charges, preserving their reputations, careers, and personal lives. To schedule a free consultation with our law firm, contact us or call 312-560-7100 today.