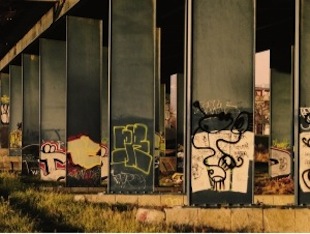 The Illinois disorderly conduct statute is a “catch-all” statute aimed at punishing individuals who disturb the peace by causing undue alarm, annoyance, or an invasion of privacy. The disorderly conduct statute is designed to protect society’s interest in enjoying a safe and peaceful community. Therefore, while an individual may have called 911 to report a disturbance, this individual is not the complainant listed in the case documents. Society as a whole is the complainant.

Disorderly conduct is usually a criminal offense ranging from a misdemeanor to a felony, though some actions prosecuted under the Illinois disorderly conduct statute, 720 ILCS 5/26-1, are business offenses that carry steep fines as penalties. While the actions predicating a disorderly conduct arrest may often seem harmless, the punishments can be quite severe, reaching up to six years in prison if certain aggravating circumstances are present.

If you have been arrested for disorderly conduct, it is critical that you consult with a criminal defense attorney immediately about the charges. A criminal defense attorney like David L. Freidberg can counsel you on the best way to proceed with your case, such as whether you should negotiate a plea or deferred prosecution offer or argue your side in court. Penalties for disorderly conduct can have a lasting effect on your liberty and leave you with a permanent criminal record. David L. Freidberg can assist you with crafting a skillful defense strategy in order to pursue your best interests. For disorderly conduct cases prosecuted in Cook or DuPage Counties, contact The Law Offices of David L. Freidberg 24/7 at (312) 560-7100 or (800) 803-1442 to schedule a free consultation.

The Illinois Disorderly Conduct Statute, found at 720 ILCS 5/26-1, is an extremely comprehensive statute that prohibits a wide variety of different activities, all commonly referred to as “disorderly conduct.” The statute bars:

These activities can be grouped into 5 categories: (1) breach of the peace, (2) false reports, (3) school threats, (4) invasion of privacy, and (5) debt collector harassment. The maximum potential penalties vary depending on which provision of the disorderly conduct was violated. However, all forms of disorderly conduct require that a convicted defendant perform anywhere from 30 to 120 hours of community service.

Breach of the Peace

Under 720 ILCS 5/26-1(a)(1), a person is criminally liable for disorderly conduct “when he or she knowingly does any act in such unreasonable manner as to alarm or disturb another and to provoke a breach of the peace.” This provision is intentionally vague so as to apply to a wide variety of disturbances. Common examples of actions prosecuted under this provision include:

This provision requires the prosecutor to prove beyond a reasonable doubt that the defendant:

Because the provision is vague, criminal defense attorneys have some leeway in defending these types of cases. Often, defense attorneys will argue that the act was not unreasonable, did not alarm or disturb anyone, did not provoke a breach of the peace or was not done knowingly.

This type of disorderly conduct is a Class C misdemeanor, the least serious form of crime. If you are convicted of breaching the peace, you face up to 30 days in county jail or up to 2 years on probation, as well as up to $1,500 in fines.

Under 720 ILCS 5/26-1(a)(2-10) , a variety of false complaints, reports, and alarms are labeled as disorderly conduct. These provisions cover false 911 calls, false fire alarms, false bomb reports, and false reports of crime or abuse. Whenever an individual makes a false report of any kind to a public agency, the individual can be charged with disorderly conduct. These provisions are designed to weed out fabricated reports in order to concentrate resources on investigating and prosecuting legitimate reports.

The state of Illinois takes threats of violence or destruction directed at schools, students or school officials very seriously and can, among other charges, prosecute the defendant under the disorderly conduct statute. This provision was included by the legislature to cover bomb threats made to school campuses, as well as threats of gun-related violence (see 720 ILCS 5/26-1(a)(3.5) ).

School threats are Class 4 felonies, punishable up to 3 years in state prison and up to $25,000 in fines.

This provision is targeted at voyeurism or ‘Peeping Tom’ activities involving a defendant invading another’s privacy by looking through that person’s home window or other opening in order to spy on them (see 720 ILCS 5/26-1(a)(11)). The provision requires that the invasion of privacy occur “for a lewd or unlawful purpose.”

Because the Illinois legislature included a specific purpose requirement, the prosecutor will have to prove beyond a reasonable doubt that you had ill intent when looking through the window, which can be made difficult with the help and experience of a skilled criminal defense attorney.

This form of invasion of privacy is a Class A misdemeanor, the most severe misdemeanor, which is punishable up to 1 year in county jail or up to 2 years of supervised probation, as well as a fine of $2,500 or less.

Given the status of the economy, many Illinois residents have begun facing issues with paying their bills. When a person is behind on his or her payments, the creditor is permitted to contact that person in an attempt to obtain payment for the debt. However, the disorderly conduct statute prohibits these creditors from “harass[ing], annoy[ing] or intimidat[ing]” these debtors (see 720 ILCS 5/26-1(a)(12)).

There is ample grey area regarding the definitions of harassment, annoyance, and intimidation, and often, debtors report collection agencies whenever they receive calls in order to avoid a civil litigation, even if those calls are not harassment. This type of disorderly conduct is known as a business offense because it is often an entire collection agency, not one solo person, conducting the harassment. As such, rather than incarcerating the entire company’s employees, the company itself is instead assessed a fine of $3,000 or less.

Given the complexity and variety of the numerous provisions of the disorderly conduct statute, you may feel confused and anxious about your case. David L. Freidberg can explain to you what the statute means, why you were charged with the offense, and how to fight that charge. While many disorderly conduct acts face harsh prison or jail sentences, these sentences are by no means mandated, and David L. Freidberg has over 20 years of experience with assisting clients with negotiating for probation or even reducing the charges to less serious offenses.