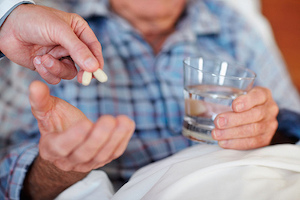 For over a decade now, synthetic drugs have become the focus of federal and state legislative efforts to enact laws that are aimed to control their creation, distribution, and use. The White House under the Obama administration has made synthetic drug regulation as one of its priorities and has been working with Federal, Congressional, state, local, and non-governmental partners to enact policies and laws to combat synthetic drugs and educate the public about its risks. Because the laws on the books are relatively new, there remain a lot of issues pertaining to their enforcement and the prosecution of individuals under these new laws. Those who find themselves charged with designer drug crimes in Chicago should seek the assistance of a seasoned criminal defense attorney who is well‑versed in these new designer drug laws. In the Chicago metropolitan area, the Law Offices of David L. Freidberg, P.C. can provide effective defense representation for those charged with designer drug offenses.

What are Synthetic or “Designer” Drugs?

Synthetic drugs are manufactured chemicals that are usually sprayed on to plant material and are aimed at mimicking the psychoactive ingredients in marijuana. In Illinois, the legislature enacted a new law that amended the Illinois Food, Drug and Cosmetics Act. This new legislation addresses the problem of synthetic drugs being packaged with deceptive labels designed to mislead people with the impression that the products are legal. Under the new statute, the definition of synthetic drugs includes any product that contains a substance defined as a controlled substance under a particular section of the Illinois Controlled Substances Act. In turn, specific chemicals have been added to the list of controlled substances, which can be generally categorized as cannabinoids and cathinones. Cannabinoids contain chemical compounds designed to mimic the effects of marijuana, while cathinones contain chemicals that mimic the effects of cocaine or methamphetamines.

The marketing and labeling of synthetic drugs is one of the issues that contribute to the difficulty of their regulation. They are often sold in legal retail outlets under various names and are marked as “not intended for human consumption” in order to evade regulators. The designations below are the most commonly-used names under which synthetic drugs are distributed to the market.

According to the National Institute on Drug Abuse (NIDA), spice has grown very popular among teens and young adults because of its accessibility, non-detectability by standard drug tests, and the misperception among users that the drug is natural, safe, and legal. In fact, NIDA studies have found that Spice has become the second most popular illegal drugs among American teenagers. In one year alone, 11% of American high school seniors used Spice. Out of 11,406 emergency room visits attributable to Spice, 75% were among adolescents and young adults ages 12-29.

Spice is usually smoked or sold as liquids to be vaporized and inhaled in e-cigarettes and other devices such as liquid incense, or brewed as tea. This synthetic drug has grown increasingly easier to buy in drug paraphernalia shops, gas stations, novelty stores, and through the Internet. Manufacturers have used a variety of brand names to sell spice, such as Joker, Black Mamba, Kush, and Kronic.

Bath Salts, according to NIDA, usually come as a white or brown crystal-like powder and sold in small plastic or foil packages that are labeled as not for human consumption similar to Spice. They may also be sold under a variety of brand names, such as Flakka, Cloud Nine, Lunar Wave, Vanilla Sky, White Lightning, and Scarface. Bath Salts are typically swallowed, snorted, smoked, or injected. It appears to be most popular among young adults between 20 and 29 years old, and according to data from the American Association of Poison Control Centers, there were 9,702 bath salts exposure calls made to a poison control center between January 1, 2010, and July 30, 2013.

Health Risks of Synthetic Drug Use

Spice was created to mimic the effects of marijuana on the brain, but its chemical composition is vastly different and is capable of producing much stronger and unpredictable effects. Users reported experiencing elevated moods, relaxation, altered awareness or perception, and psychosis or detachment from reality. Psychotic reactions include extreme anxiety, confusion, paranoia, and hallucinations. Those individuals whose spice use resulted in an emergency room visit have presented very severe symptoms such as rapid heart rate, vomiting, violent behavior, and suicidal thoughts.

On the other hand, bath salts mimic the effects of amphetamines and cocaine, which can cause a range of effects such as lowered inhibition, anxiety, and depression. Those who have taken bath salts reported both feeling energized and agitated, and experienced increased heart rate and blood pressure. The effects of bath salts may be ten times more powerful than cocaine and can induce paranoia, hallucinations, increased sociability and sex drive, panic attacks, and violent delirium. Other physical symptoms include nosebleeds, seating, nausea, dehydration, breakdown of muscle tissue, and kidney failure.

Illinois has added synthetic drug crimes to its criminal statutes, making the distribution or possession with intent to distribute a synthetic drug product or a misbranded drug a Class 2 felony. Potential penalties include a fine not to exceed $100,000 and a term of imprisonment of at least three years and not more than seven years. Simple possession of spice and bath salts are also now felony offenses because both are considered controlled substances. Possession is a Class 4 felony with a potential fine of up to $25,000 and prison term of between one to three years.

Additionally, the Illinois legislature has criminalized the false advertising of a synthetic drug product. This is in response to the ease by which manufacturers can change the chemical make-up of designer drugs to avoid violating the Illinois Controlled Substances Act and often sell them in packages that misleadingly claim the products are legal through so-called “official” lab results. Under the new statute, false advertising of a synthetic drug product is a Class 3 felony, which carries a potential fine not to exceed $100,000 and a term of imprisonment of at least two years but not more than five years.

In addition to these state laws, the federal government has also enacted the Synthetic Drug Abuse Prevention Act, which permanently places 26 types of synthetic drugs into Schedule I of the Controlled Substances Act. Therefore, unlawful distribution, possession, or dispensation, or possession with intent to distribute, manufacture, or dispense, of synthetic drugs is subject to federal prosecution, with potential penalties of $2-10 million and up to thirty years of imprisonment. As with all Schedule 1 Substances, if death or serious bodily injury results from the use of a synthetic drug, then the mandatory minimum sentence is 20 years with a maximum possible term of life imprisonment.

If you find yourself charged with a synthetic drug crime in Chicago, Cook County, or DuPage County, you may be facing harsh penalties, if convicted, of years in prison and thousands of dollars in fines. Since Illinois synthetic drug laws are relatively new, you will need the assistance of a seasoned criminal defense attorney that can help you craft the best possible defense. The Law Offices of David L. Freidberg, P.C. will bring years of criminal defense experience to your aid. Do not hesitate to contact us today at (312) 560-7100 or toll-free at (800) 803-1442. You may also complete our online form, and we will respond as soon as possible. We are available 24/7.