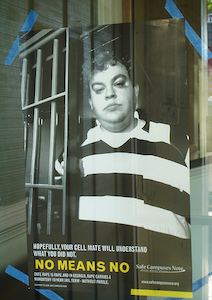 Date rape is a serious crime under Chicago and Illinois law that can result in many years in prison, hefty fines, and a permanent felony record. Date rape is any sex crime that occurs between friends or acquaintances, as opposed to strangers. This type of rape can occur on a date, between two people in a relationship, between friends, or between people previously in a relationship. This sex crime frequently occurs after a date or party and drugs or alcohol will often play a role in the alleged crime.

It is important that anyone charged with date rape understand that any rape act will be considered a criminal sexual assault under 720 ILCS 5/11-1.20 or an aggravated criminal sexual assault under 720 ILCS 5/11-1.30. Those convicted of this crime could face four to fifteen years in prison or six to thirty years for an aggravated charge. Additionally, you will be forced to register as a sex offender. A date rape charge can significantly impact your freedom and your future.

Defining the Crime of Date Rape

Punishment for the Crime of Date Rape

Convictions for both criminal sexual assault and aggravate sexual assault will require registration in the Illinois Sex Offender Database. Those convicted of date rape will need to provide information such as their name and address, which will be made public along with their conviction record. Sex offenders will not be able to live in certain areas and could face immense challenges finding employment. A violation for failure to register as a sex offender is an additional felony charge in and of itself.

Your freedom, future employment, and life will be greatly affected by a date rape conviction. This charge is not one to be taken lightly. If you have been charged with such a crime, consult with an experienced criminal defense attorney as soon as possible.

Date Rape and the Involvement of Drugs or Alcohol

Date rape is often associated with the use of drugs or alcohol. The use of so-called date rape drugs is at times involved in the sexual assault charges. In most cases, these drugs are added to the drink of the victim without the victim’s knowledge. Shortly after the victim ingests the substance, he or she will pass out. A sexual assault will often occur at this point. Date rape drugs can be detected by blood tests if the blood is drawn just a few hours after ingestion. Other times, the victim is heavily intoxicated or has voluntarily ingested drugs and consents to sexual activity, than later claims the encounter was not consensual.

If your rape charge includes possible drug or alcohol use, your attorney will need to thoroughly investigate the incident in order to uncover evidence that will assist in your defense. Witness accounts, blood and alcohol tests, and the like will be useful in advancing a strong defense. The charge may revolve around whether the alleged victim was conscious enough after consuming drugs and alcohol to provide knowing consent, and how you perceived the victim’s mental state.

Date rape charges are quite severe, but know that just because you have been charged with this crime, does not mean you are without a strong defense. Your defense will depend largely upon the individual circumstances of your case. Possible defenses include a lack of evidence, consent by the victim, or an ulterior motive of the victim, such as revenge. Date rape charges will often depend largely on the testimony of the accuser, since there are usually no witnesses to the actual encounter or physical evidence. These cases are complex, making it imperative that you consult with an attorney experienced in defending these serious charges.

The Law Offices of David L. Freidberg, P.C.: Offering the Highest Quality Defense for Those Accused of Date Rape in Chicago and Surrounding Counties

If you have been charged with the crime of date rape, you face the potential of years in prison, burdensome fines, registration as a sex offender, and a felony conviction that will follow you forever. This serious offense comes with severe consequences. You need the best defense possible to vigorously fight a charge of date rape. Chicago Criminal Defense Attorney David L. Freidberg has assisted clients with all manner of serious felony charges for over 20 years. Mr. Freidberg has the knowledge, dedication, and experience to tackle even the most serious and complex of criminal sexual assault charges. From the moment you enter the Law Offices of David L. Freidberg, we will start mounting the strongest possible defense for your case. We are available 24 hours a day, 7 days a week to assist in your defense. To schedule your free consultation, contact us via email or call us today at (312) 560-7100 or toll free at 1 (800) 803-1442.