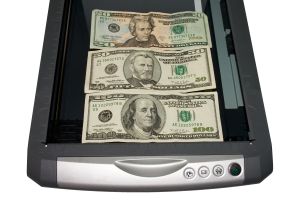 Counterfeiting is a serious crime under federal law that can lead to harsh jail sentences and a tarnished criminal record. Many people do not realize how counterfeiting is often more serious than a forgery charge. The two crimes are similar, but counterfeiting is the reproduction of money, documents, and goods, whereas forgery involves the manipulation of a document, or conduct where one individual is signing the name of another person on an official document, such as a bank loan application. Because a counterfeiting conviction can be detrimental to one’s way of life, it is essential to seek skilled legal counsel right away after being charged with the crime. David L. Freidberg is a seasoned Chicago Counterfeiting Defense Attorney with the experience and diligence to provide you with the best legal representation possible. 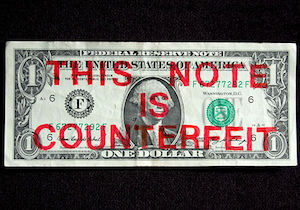 Defenses to a Counterfeiting Charge

The first step David L. Freidberg will take when providing you with strong legal representation is to build a defense to your counterfeiting criminal charge. If there are grounds to have your case dismissed, we will seek dismissal of your counterfeiting charge. For example, if your constitutional rights were violated in the course of arrest or interrogation, your case could be dismissed. Law enforcement officials may violate your constitutional rights in situations including, but not limited to, the following:

Most police officers take the proper procedural steps to avoid a violation of your constitutional rights, however, whether intentional or not, other police officers make mistakes that may ultimately lead to the dismissal of a criminal charge. Attorney Freidberg may also seek dismissal of your claim if there is simply a lack of evidence for a jury to find beyond a reasonable doubt that you committed the crime of counterfeiting.

If you are not able to raise defenses to your counterfeiting charge, we will seek a reasonable resolution that will minimize the severity of potential penalties. For example, if you plead to a lesser charge, then you may be able to avoid jail time and/or significant fines. However, because the United States takes counterfeiting very seriously, it is important to be aware that it is sometimes difficult to avoid jail time depending on the individual facts of the case and the severity of the counterfeiting conduct. Regardless of how minor or serious your counterfeiting charge may be, it is imperative to have a diligent and highly skilled Chicago Criminal Defense Attorney who will use all possible resources to provide you with excellent legal representation.

Being charged with counterfeiting can give rise federal jail time and the imposition of costly fines. If you or someone you know has been charged with counterfeiting or any other fraud-related crime, it is essential that you seek the advice of a Chicago Criminal Defense Attorney highly familiar with fraud-related crimes and how to provide all clients with the legal representation that they deserve. Counterfeit charges should be taken very seriously as the federal government has been cracking down on fraudulent conduct. As such, the sooner you are able to retain a strong advocate, the sooner you can face your counterfeiting charge and seek the best outcome possible for your particular situation. Attorney David L. Freidberg has more than 20 years of experiencing defending the accused and protecting their constitutional rights. We are available 24/7 to discuss your situation, and can provide the guidance you need during a frightening and stressful time. To schedule a free confidential consultation, contact us today by calling (312) 560-7100, or you may contact us via email and we will respond to your inquiry as soon as possible.