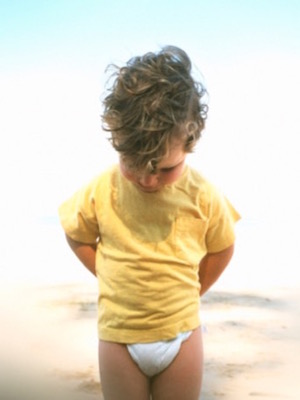 If you find yourself charged with child abuse based upon allegations that your excessively disciplined a child, you need the experienced and dedicated counsel of David L. Freidberg right away. Prompt legal counsel is necessary to protect yourself and your family from the devastating consequences of a child abuse conviction.

Distinguishing Between Corporal Punishment and Child Abuse in Illinois

Legitimate corporal punishment (that is, physically disciplining a child using a hand or foot, switch, belt, or other tool) is not always easy to distinguish from child abuse. Illinois Compiled Statute 325 ILCS 5/3 defines an abused child as one who has had “excessive corporal punishment” upon him or her by a parent. Unfortunately, Illinois law does not further define what constitutes “excessive” corporal punishment, leaving such determinations to the judges and/or juries who hear such cases. This can result in widely disparate results: What one judge or jury considers to be “excessive” under one set of facts may not be considered “excessive.”

Judges and juries determine what is excessive according to an objective standard of reasonableness. While your intention in administering the punishment to your child is a relevant consideration, the mere fact that you believed your chosen method of discipline was reasonable does not absolve you from liability. For example, deciding to discipline your child by striking the child repeatedly with your belt may be “reasonable” in your own mind based on your culture and the method whereby your parents chose to raise you, but a judge or jury may permissibly find that such actions constitute “excessive” corporal punishment. Nor does the presence or absence of lasting injuries determine the issue of excessiveness (of course, injuries that remain for hours after the punishment was inflicted are much more likely to be found to be “excessive.”

Alternatively, you may also be charged with battery or domestic battery if state prosecutors do not believe your actions rise to the level of child abuse.

In attempting to show your discipline efforts crossed the line, state prosecutors will make use of the evidence and testimony available to them. This can include:

The statute does not elaborate on what constitutes excessive punishment. This is determined on the specific fact scenario of each case.

Courts are to consider the following factors:

In defending yourself against child abuse charges, you must be prepared to rebut the evidence that can be presented against you or otherwise minimize the negative impact of such evidence. While your own testimony and explanation may provide some context for the judge or jury deciding your case, your case will greatly benefit if there is objective evidence that is favorable to your assertions. For example, if the prosecution calls a doctor as a witness who testifies that the injuries your child received would have been very painful and would have caused lingering effects like bruises or torn skin, such testimony can be rebutted with photographs taken shortly after the incident that show any redness or swelling is dissipating or medical records that indicate your child’s injuries did not require any treatment.

Consequences of a Child Abuse Conviction

If you are convicted of child abuse (or any other related criminal offense) because you disciplined your child excessively, fines and prison are just two of the potential ramifications. Depending on your employment, any professional licenses you have may be taken away (such as a license to operate a day care or similar facility). The child that you disciplined – as well as any other children you may have in your home – may be removed by the State and placed in foster care. You may find it difficult or even impossible to obtain employment in the future or have other foster children placed with you with a conviction for child abuse on your criminal record. You may be placed on probation or parole, which can not only impose financial hardships on you and your family but limit your ability to move forward with your life.

Child abuse charges stemming from an incident of discipline need to be dealt with aggressively. Illinois criminal defense attorney David L. Freidberg has over twenty years of experience representing parents charged with child abuse, and he brings the lessons and insights he has gained over the years to help resolve these charges expeditiously and successfully. Contact our office today at (312) 560-7100 or by email to discuss your criminal case.