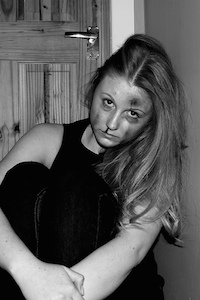 Child abuse charges will often begin with a report filed by a neighbor, family member, teacher, or other professional to the Illinois Department of Children and Family Services (DCFS). For a parent or the relative of a child, being accused of abuse is devastating. You could face an intensive investigation based on little more than the word of a person who may not even know you.

A conviction for child abuse is serious and damaging to your freedom, employment, and reputation. Those charged with this offense are often innocent and find themselves shocked to be facing such a charge. Child abuse charges in Chicago and DuPage County could result in several years of imprisonment, serious fines, and potentially a felony record. Dependent upon the nature of the charges, you could also face removal of the child from your home.

Illinois passed the Abused and Neglected Child Reporting Act to define child abuse. The Act, set out in 325 ILCS 5/, defines an abused child as a child whose parent, immediate family member, or person responsible for the child’s welfare inflicts or allows to be inflicted physical injury to the child that causes disfigurement, impairment, or death. It further includes the infliction of excessive corporeal punishment, commission of torture, or the sale or transfer of a controlled dangerous substance to any child under the age of 18.

Criminal sexual abuse is additionally defined under the Act as the commission of a sex offense against the child by the parent, relative, or caregiver. The related crime of child neglect is defined as not providing necessary nourishment, adequate food, shelter, or the like to a child.

Child abuse charges are wide and varied. Your exact charge will depend upon the alleged actions committed. For instance, sexual assault of a child is set out in 720 ILCS 5/11-1.40. It defines the crime as the commission of a sexual assault by anyone over the age of 17 against a victim 13 years or younger.

Aggravated battery of a child is set out in 720 ILCS 5/12-3.05. It makes it a crime to inflict great bodily harm, disability, or disfigurement to a child under the age of 13.

Child abuse can be charged under a few different statutes depending upon the circumstances of the offense. A charge of aggravated battery of a child will be considered a Class X felony, which, short of murder, is the most serious felony offense in Illinois. This offense carries a minimum sentence of six to thirty years in prison. The crime of predatory sexual assault of a child is similarly a Class X felony, punishable by six to thirty years in prison.

In addition to facing time in prison, you could also be hit with hefty fines and will have a felony record. Your felony conviction will be visible to potential employers, colleges, student loan officers, and much more. Your conviction could make it more difficult to obtain gainful employment, prevent you from holding certain professional licenses, and bar you from obtaining student loans.

If you have been charged with a child abuse crime in Chicago or DuPage County, you should know that although these offenses are quite serious in nature, there are several viable defenses. Many charged with child abuse crimes are not in fact guilty of these offenses, but it will take a powerful attorney to thoroughly investigate the facts surrounding the incident and diligently defend against the charge.

Child abuse charges almost always depend largely on witness testimony. Often, these charges arise after a complaint is filed by a relative or professional. For instance, you could face accusations of child abuse if your child shows up at school with an unexplained injury. In many cases, the cause of the injury is questionable and there could be reason to believe the injury had an innocent cause or was inflicted by another.

The child victim may be forced to provide testimony concerning the alleged abuse charges. Children are notoriously suggestible and child testimony has sent many innocent people to prison for considerable amounts of time. As such, any potential child testimony must be obtained carefully by a trained professional who follows all necessary protocol to avoid tainting the testimony. At times, the child’s testimony will already be unreliable due to suggestions made by the other parent or a relative.

David L. Freidberg will investigate the charges and tackle issues of witness unreliability. We will challenge the admittance of potentially tainted child testimony and attack the credibility of unreliable witnesses. At times, witnesses can be shown to have an ulterior motive, such as revenge, which will greatly hinder their credibility.

Physical evidence may also play a role in the charges. Your attorney will examine all potential physical evidence in search of exculpatory evidence. Your attorney may also challenge the search and seizure that resulted in the receipt of such evidence. If the search and seizure did not meet minimum constitutional requirements, the evidence against you could be quashed or deemed inadmissible by a court of law.

Regardless of the specific charges you face, it is important to understand that you are innocent until proven guilty and you will have a chance to defend yourself. Make the most out of your vital defense by retaining the assistance of the best criminal defense attorney available.

The Law Offices of David L. Freidberg, P.C.: Powerful Defense Against the Most Serious of Charges

If you have been charged with a child abuse crime, you face the potential of years in prison, burdensome fines, and a felony conviction that could impact you for the rest of your life. Child abuse charges are quite serious and will require the best defense possible. Chicago Criminal Defense Attorney David L. Freidberg has assisted clients with all manner of serious felony charges for more than two decades. Mr. Freidberg has the experience, knowledge, and dedication to mount your strongest legal defense. From the moment you enter Mr. Freidberg’s office, he will start working on your case with unmatched zeal and persistence. The Law Offices of David L. Freidberg is available 24 hours a day, 7 days a week to assist in your defense. To schedule your free consultation, call us today at (312) 560-7100 or toll free at 1 (800) 803-1442. You may additionally contact us via email and we will respond as soon as possible.