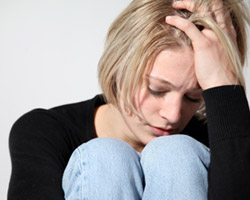 A person may be charged with the crime of battery under Illinois law if he or she makes actual physical contact with another individual with the intent to injure, provoke, or insult that person. A simple battery charge may result in a fine of up to $2,500.00 and a jail sentence of up to a year. Aggravated battery may be charged if the person made physical contact with the intent to do grievous bodily harm or if the victim was a senior citizen or a pregnant woman, among other special classes of victims. Other actions may be charged as aggravated battery, including poisoning someone’s food. A person charged with aggravated battery will face serious fines and prison time. If you or a loved one faces arrest or prosecution on charges of battery, it is important to contact an experienced Illinois criminal defense attorney as soon as possible. A zealous legal advocate will understand the different elements of the prosecution’s case and will know the best way to attack these points and achieve the best possible resolution for his client.

Chicago attorney David L. Freidberg has been a passionate advocate for the rights of his clients for more than seventeen years. Mr. Freidberg does not believe that the filing of charges in any way demonstrates what type of person the accused is. People quite often get caught up in situations they cannot control. False allegations are made. Individuals are forced to defend themselves and their loved ones. Our experienced criminal defense attorneys consider all of this when they sit down with our clients. Gathering the facts and devising an effective legal strategy requires an open dialogue and trust on both sides. This is what Mr. Freidberg offers. Although each case brings with it specific facts and considerations, defending a battery charge involves suppressing improperly obtained evidence, discrediting witnesses, and refuting evidence. Mr. Freidberg is prepared to do everything possible to minimize or eliminate fines and jail time for his clients.

Pursuant to 720 ILCS 5/12-3, simple battery takes place when one person instigates physical contact with another with the intent of injuring, insulting, or provoking that person. A simple battery is a Class A misdemeanor. A person may be charged with, or have a simple battery charge upgraded to, aggravated battery if certain conditions are met. A person may face prosecution for aggravated battery if he or she intended to cause great bodily harm when he or she made actual physical contact with the person being battered. The use of a deadly weapon during the commission of a battery will lead to a more serious charge. Moreover, committing a battery against specific classes of people will lead to an upgrade in charges to Aggravated Battery. These people include, but are not limited to:

If a person is charged with an aggravated battery, he or she could be facing a felony conviction, which includes significant fines and a possible prison, rather than jail, sentence.

Defending Against a Charge of Battery

If you face prosecution for battery, it is advisable to fight the charge. Battery typically involves an altercation between two people. If you plead guilty, then you are providing ammunition for a civil suit and gaining a criminal record. There are many viable and realistic options for fighting this charge without having to admit guilt, including the following:

Domestic battery is more commonly known as domestic violence and is charged under a different section of the statute specifically crafted to address this type of crime. Domestic battery includes intentionally or knowingly causing bodily harm to a family or household member or someone the accused has been in a previous or current relationship with. Aggravated domestic battery is charged when the injury results in disability or disfigurement.

Chicago-based attorney David L. Freidberg knows that when a person walks into his office and says that he either has been charged or faces charges of battery that there is a lot more to the story. Mr. Freidberg has spent more than 20 years striving to protect the legal rights of those facing criminal prosecution. During that time, he has learned that many good people face unfair accusations. The criminal defense attorneys in our firm are prepared to achieve justice for our clients by taking apart the prosecution’s case and building an effective legal defense strategy. Battery charges often turn on the reliability of the complaining witness. Frequently, it turns out a client was merely defending himself after someone else started the fight. Out attorneys immediately will begin reviewing the reports and statements, investigating the flaws in the prosecution’s case, and identifying key testimony and evidence in order to achieve the best possible results. In order to discuss your case in a free and confidential consultation, please contact us via email or call us at (312) 560-7100 – we are ready to meet with you 24/7 at your convenience.