Aggravated Battery on a Police Officer 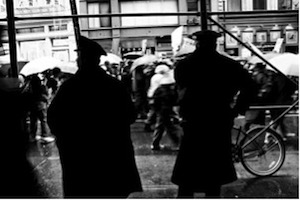 Aggravated battery to a police officer is a felony offense prosecuted to the fullest extent in Illinois. As a state, Illinois has a strong interest in protecting its law enforcement officers. Accordingly, it is a crime to use unlawful force on a police officer. If you have been charged with the crime of aggravated battery on a police officer, you will need experienced legal assistance. This charge carries the potential of years in prison, hefty fines, and a permanent felony conviction on your record.

Attorney David L. Freidberg has dedicated more than 20 years to protecting the rights of his clients and defending those accused of felony and misdemeanor charges. As a Chicago-based criminal defense attorney, David L. Freidberg has represented hundreds of clients charged with aggression upon a police officer. Mr. Freidberg understands that this can be a difficult crime to defend against due to the public interests involved in protecting police officers. Our firm provides a non-judgmental environment in which you can share the circumstances surrounding the crime. Our attorneys will then be able to assist you in zealously defending against your charges. With attorney David Freidberg by your side, you can rest assured that you will receive knowledgeable, skilled, and caring representation against your serious charges.

What is Aggravated Battery on a Police Officer?

To understand the crime of aggravated battery of a police officer, it is helpful first to define battery. The crime of battery is defined in 720 ILCS 5/12-3.

b) Injury occurs while the person is performing his or her official duties; and

c) The person is battered to prevent performance of his or her official duties; or

d) In retaliation for performing his or her official duties.

Penalties for Aggravated Battery on a Police Officer

Aggravated battery on a police officer will be punished in relation to the conduct charged. The offense can be a Class X, Class 1, Class 2, or Class 3 felony, dependent upon the circumstances surrounding the crime. Possible sentences range from:

Aggravated battery on a police officer will carry with it a minimum of several years in jail, along with the potential for up to $25,000 in fines. Additionally, defendants convicted of this crime will likely face probation for several months or years and will have a permanent felony on their record. Your criminal record is visible to potential employers, school institutions, and the military, among others. You may also be unable to vote or purchase a firearm for a significant period, if not permanently. A felony conviction in Illinois could seriously impact your livelihood, your future, and your family.

Defense Against Aggravated Battery on a Police Officer Charges

If you have been arrested for aggravated battery on a police officer, you will need an experienced defense attorney on your side. The prosecution will often be tougher on offenders charged with this crime because the victim is a police officer. Prosecutors may be more reluctant to offer favorable plea bargains and could go after lengthy prison sentences. For these reasons, you should never leave your defense to chance.

Although aggravated battery on a police officer is a serious charge, there are several viable defenses that you can raise, dependent upon the facts surrounding your case. These include:

Importance of an Attorney

Battery on a police officer is a felony offense that will be vigorously prosecuted in the state of Illinois. A knowledgeable criminal defense attorney is crucial for identifying your potential defenses and pursuing your best legal options. Your defense attorney will gather all evidence surrounding the alleged crime and arrest. For here, he or she can then develop a sound legal strategy. With your lawyer’s help, you can contest the charge or seek to minimize potential penalties. The sooner you act after your arrest, the faster your attorney can begin investigating the charges, interviewing witnesses, and uncovering exculpatory evidence. When your future and freedom are at stake, be sure to retain the assistance of a skilled criminal defense attorney.

An insurance fraud conviction could greatly impact your life and your future. To defend against this and other serious charges, you will need the best representation available in the Chicago area. Illinois Criminal Defense Attorney David L. Freidberg has over 20 years of experience representing clients against misdemeanor and felony charges. David L. Freidberg will carefully analyze the facts of your case to build the strongest possible defense against the charge of insurance fraud. Call The Law Offices of David L. Freidberg today at (312) 560-7100 or contact us online to schedule your free consultation. We are available 24/7 for your convenience.